Everything you need about the Different Types of Separation

Most couples get into marriages with the best intentions- “Until death do us part.” But sometimes, the marriage runs its course for different reasons. It could be for infidelity, money issues, constant argument, and lack of intimacy, among other reasons- and it’s time to think about separation.

Sure, the challenges may cause couples to take a break from each other- Separate or live apart but remain legally married till they process a divorce. (Is that what’s the couple believes to be the right thing).

Here’s what you need to know about the different types of separation you and your spouse can pursue while you wait to decide on whether to divorce or make things right.

It’s common for most spouses to file a divorce while they are experiencing trouble in their marriages. However, a trial separation is the best choice for those looking for a less permanent solution before fixing your challenges.

A trial separation is when spouses agree to spend time away from each other as they ponder on whether to reconcile or have a divorce. During this time, a spouse would completely move out to another home.

But if one can’t pay for another house, you may decide to live under the same building but in a separate or spare room. While on the trial separation, spouses may agree on their expectations, intentions, and timeframe within which they would take a break from their relationship.

Regardless of where you stay, you’re not divorced, which means any property or money a couple has is still considered joint ownership. But of course, that would depend on your prior guidelines of property ownership.

The good news is, if you decide to reconcile, you can have a legal agreement dictating or providing directions on how you would love to run your family issues, including ownership, spending, and contribution towards different responsibilities.

In permanent separation, spouses may not be divorced but decide to live apart from each other with no intention to reconcile.

This separation may have a different impact on your marriage. For instance, some states dictate that when spouses have permanently separated or have no plans of getting together, then:

Since permanent separation impacts your property rights, it’s significant that you note your separation date because it becomes a key point of disagreement in courts. Besides, most couples may not be sure of what they want. Some would be moving between trial and permanent separation for a while. And sometimes, it would be hard to identify the exact date of separation. 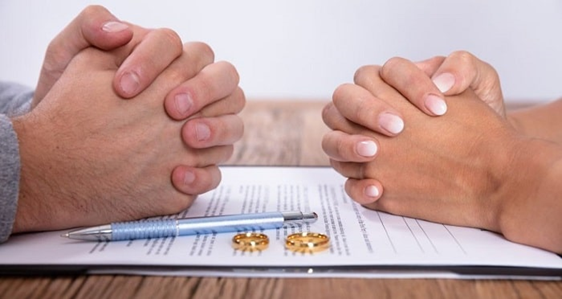 Not common to all states, legal separation is when a spouse files a report in a family court to be allowed to stay apart or put a stop to any marital obligations. It’s, however, not a divorce, and spouses are not allowed to remarry unless a divorce is processed.

But why would you choose legal separation over divorce? It is applicable if you desire to keep your family or retain insurance benefits that may be gone after a divorce.