What is a Non-Disclosure Agreement?

A Non-Disclosure Agreement (NDA), also known as a Confidentiality Agreement, is a legally binding contract between parties who agree to keep certain information confidential. It is a commonly used business tool for the purpose of protecting confidential or proprietary information, or trade secrets from being disclosed to third parties who would benefit from the information. NDAs are used by businesses in a variety of situations including with employees, contractors, consultants, partners, distributors, etc., essentially anyone with whom in the course of doing business, you would disclose, or they would otherwise become aware of confidential information, that is subject to protection, and that were it disclosed or misused, would threaten or harm your business. Some information may not need to be held in secrecy after the end of the business relationship, but some information will need secrecy to continue even after the termination of the business relationship. As long as the NDA is deemed reasonable by the court, a party guilty of breaching an NDA might be sued for monetary damages and ordered to pay lost profits, and/or receive a court-ordered injunction notice forcing them to stop further release of the information. In most cases, the plaintiff gets both monetary and injunction relief.

Types of Information Included in an NDA

What is a Trade Secret and Why is It Special?

Trade secrets are a special type of confidential information. The simplest explanation of a trade secret is just that, information that should be kept secret for trading purposes because it is essential to commercial viability of the business. The statutes recognize trade secrets as information, device, process, program, compilation, technique, method, formula, recipe, software, which gives the owner of the information a competitive advantage because the information is unknown to others. Examples of trade secrets are the recipe for Coca-Cola and the “11 herbs and spices” used to make Kentucky Fried Chicken. It’s easy to see that were these trade secrets disclosed to others such as the public, media, and competitors, that would negatively impact their businesses. For good reason, non-disclosure terms for a trade secret have no time limits and can last forever, so you should never place a time limit on how long a trade secret should be kept confidential.

An NDA must be very specific, or it will not be enforced in the Courts. You must identify and include the specific details of the information regarded as confidential. Do not use general phrases because lack of specificity is a loophole that makes it hard to enforce that the information is subject to protection or prove that it has been breached. Also, be very specific in detailing the obligations of the receiving party, including things that they can and cannot do with the information.

When to Use Non-Compete/Non-Solicitation Clauses

Non-compete and non-solicitation clauses are common in employment engagements where the employee is forbidden from working for companies in direct competition with, stealing customer/client lists from, or hiring employees away from their former employer, and even starting their own companies, as that would directly compete with their former employer. These restrictions are time and geographically specific. Courts generally frown on Non-compete/Non-Solicitation Clauses that severely limit a person’s ability to find a future job or make a living and will not enforce unlimited/indefinite terms for such.

Our website will help you create a Non-Disclosure Agreement. We offer free online samples and templates for legal forms. Simply fill in the form above to create a preview of your Non-Disclosure pdf. 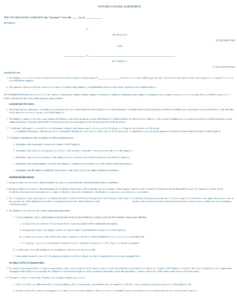 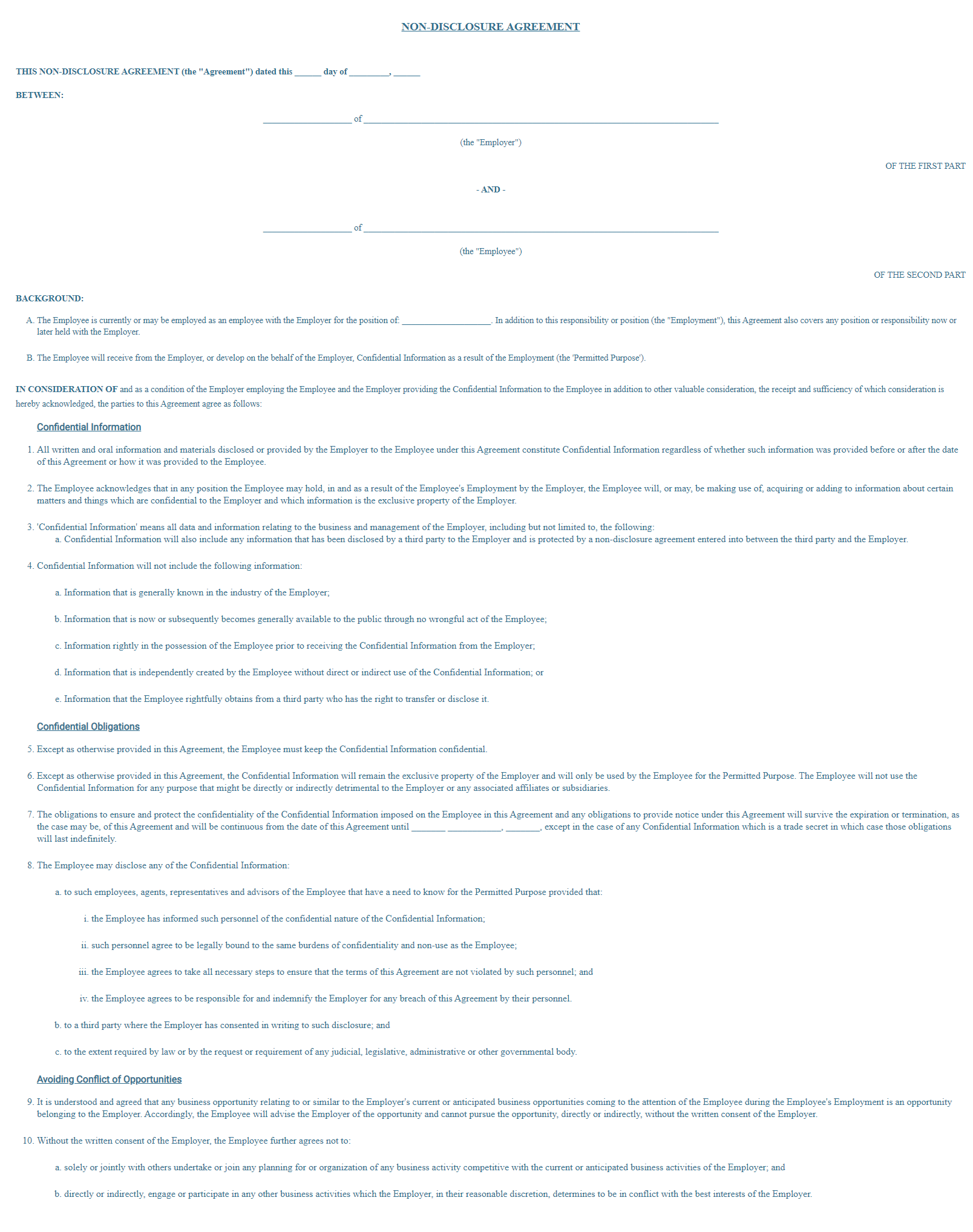