Do You Need A Non-Disclosure Agreement in Michigan?

What is a non-disclosure agreement (NDA)?

The NDA refers to the legal instrument or tool that is used to assign obligations to the parties or entities involved in trade secrets. The document categorizes the type of information that the business entity regards as confidential or sensitive. It is only after the document addresses the information regarded as sensitive that matters like unauthorized use, severability, as well as injunctive actions would be addressed.

As the fundamental element in non-disclosure statements and the confidentiality agreement in Michigan, you must know that this entity means and what it covers. As you create your free Michigan non-disclosure agreement, take note of this.

A trade secret refers to the information (program, pattern, technique, method, formula, process, or the compilation) which derives it independent economic value, potential or actual from being a secret or information unknown to the public or any other persons who could obtain a level of economic value for the disclosure of the information.

It could also be the kind of information that is the subject of the efforts deemed reasonable and maintained secret under acceptable circumstances in the state laws.

Under the state laws, the Michigan Trade Secrets Act shall not supersede the effects of the NDA, and at the same time, the contract must be in compliance with the state laws, and it shouldn't affect actions taken by government entities on matters that regard to the violation of the acts.

Often, companies will use the NDA to protect the trade secrets in question by forbidding them from disclosing the secret named in the NDA.

Taking these into account and taking into consideration the fact that the absence of these contracts could result in a significant drop in business earning, or that it could negatively affect the business brand, you need to create NDAs, especially when dealing with a volatile market that sees employees moving jobs in months.

Note that the non-disclosures and the confidentiality agreements seek to mitigate risks especially between business partners and also to govern high-level proprietary information ensuring that your employees do not divulge the trade secrets to third parties during and after (specified period) their employment.

Therefore, when creating either or both documents, you must be careful about:

The exact information you wish to keep private/ confidential

How long the information should be kept a secret. Often, most company secrets are held safe using NDAs for 2 to5 years or depending on the life cycle of the technology kept under wraps

The NDA must protect the information

The free non-disclosure agreement in Michigan could be unilateral or mutual/ bilateral.

Bilateral NDAs, on the other hand, refer to the documents created for the protection of business secrets and where the parties involved in the signing of the NDA are both responsible for keeping the trade secrets. In this case, both parties will be held liable in the event of a breach and when the confidential information is released to a third party.

When Do You Need a Non-compete Agreement?

While the NDA offers adequate protection, it's not as restrictive as it has one loophole - the named employee could work for your competitors immediately after leaving your company. As you can imagine, that is a risky gap to leave open hence the need for a non-compete. A non-compete is a legal tool that prevents an employee from disclosing trade secrets or working for the competition within a specific geographical area and within a specific period after leaving your company. The non-compete is a lot more restrictive.

Do you have a competitive business in Detroit, Ann Arbor, Grand Rapids, Traverse City, Lansing, Kalamazoo, Flint, or any other city of Michigan? Download our free non-disclosure form online at no cost to protect your trade secrets. 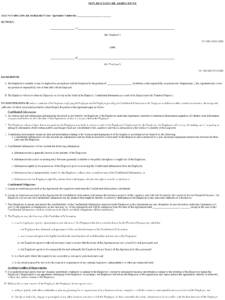 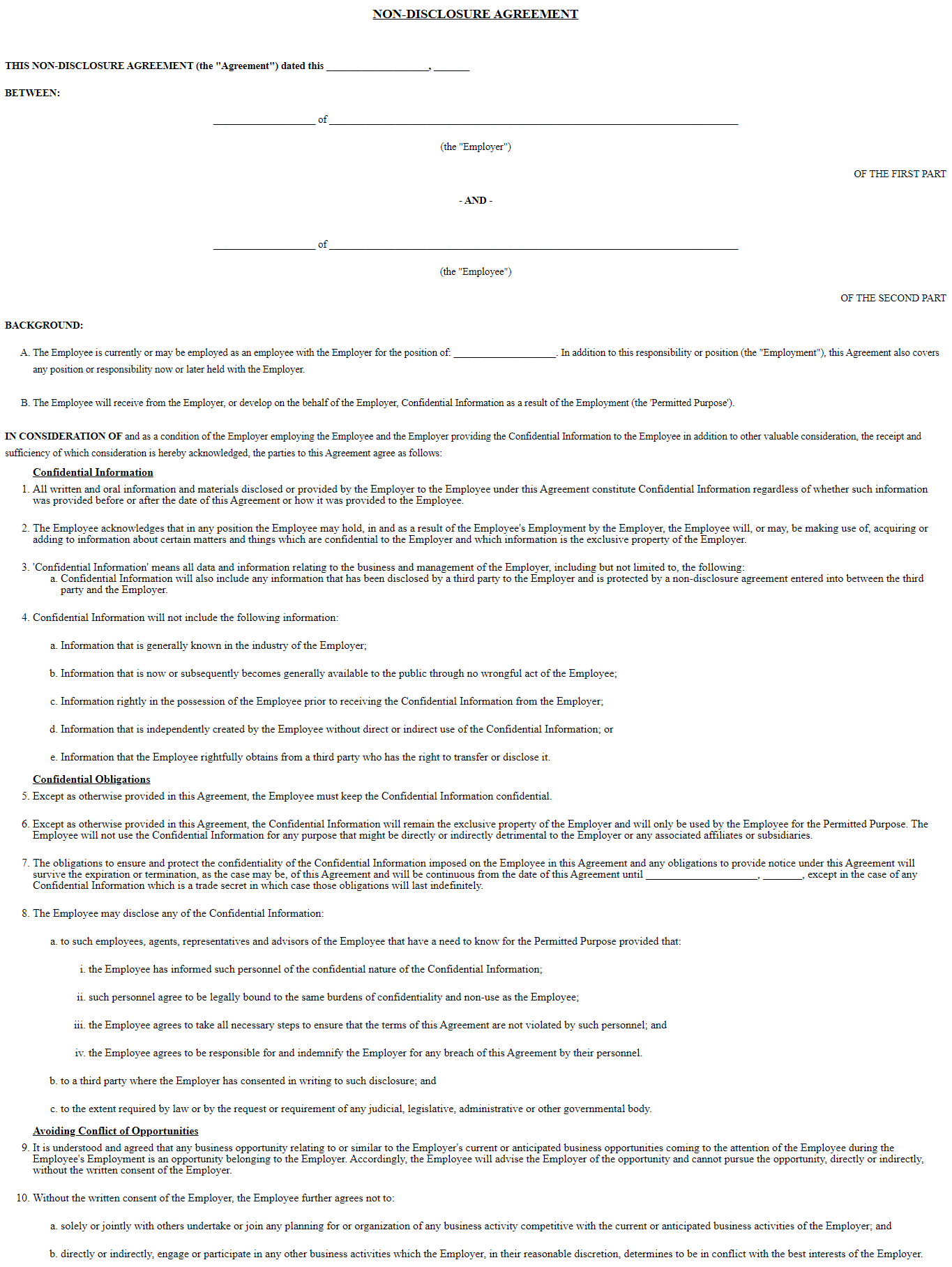