Your company's most valuable asset is its intellectual property. That one thing that gives you a competitive edge, the one this that if leaked, if the formula, technique, or process that gives your business an edge over the rest fell into the wrong hands or ears, would mean the ultimate fall of your business. So, considering all the weight carried by that intellectual property, you must set in motion plans that will ensure complete protection of that property.

Like any physical assets owned by your company, you need to devise better ways of protecting your hard-earned investments. The most effective strategy that assures you of the protection of your intellectual property is a confidentiality agreement in Kansas.

Confidentiality agreements (CAs) are also called non-disclosure agreements (NDAs). They represent a class of legally enforceable documents that give companies and inventors the power to forbid employees, contractors or investors from telling the world about your secret weapon - the intellectual property.

The document which is easily prepared from free Kansas non-disclosure agreement forms available online wields a great deal of power. And as long as the terms of the contract are deemed reasonable by the courts, will even forbid an employee from speaking to your clients and direct competitors after they leave employment.

Using the NDA, you get to share the details of your intellectual property with people on the 'need to know' basis without having to worry about the jeopardizing the integrity of that information.

The best bit about using NDAs is that you can only disclose the information that is necessary at that time. So, not all employees in your company would have all the details of the intellectual property at the same time. Besides the use of NDAs, you could also employ the use of a non-compete to ensure that your trade secrets, intellectual property, copyrights, and trademarks are protected.

Non-competes are legally binding instruments which not only ensure that employees keep mum about your intellectual property but also ensure that if those employees leave the company, they will not breathe a word about your trade secrets to the competition, work with your direct competitors, or even start their own companies using the knowledge gained from your company.

To be taken seriously, you cannot just write down a few lines forbidding an employee from revealing your trade secrets. The document must be in a format that is legally recognized and enforceable. What this means is that there are specifics that should be present in the NDA hence the need for an approved non-disclosure agreement form. A complete NDA has:

Definition: this is the clause with the precise definition of the confidential information, in this case, the intellectual property. While you have the option of labeling the document a general NDA for intellectual property, it's smart to specify what the NDA is all about. You don't want people getting sneaky with ideas that could result in the crumbling of your business.

Time periods: this stipulates how long the receiving party will have to keep mum about the details of the intellectual property or trade secrets.

Signatures: for enforcement, the NDA must have the signatures of the receiving and the disclosing parties.

Like the NDA, the non-compete will only be enforceable if its conditions are reasonable and if the consideration is sufficient in the eyes of the law. Note that consideration is that thing that parties get out of a contractual relationship like signing an NDA or a non-compete.

Would you like an NDA for your trade secrets or intellectual property in Topeka, Wichita, Lawrence, Kansas City, Manhattan, Salina, Emporia, or any other city in Kansas? Get started with our free non-disclosure forms available online today. 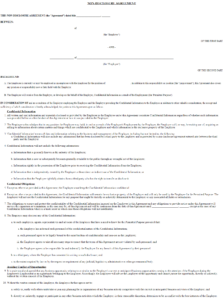 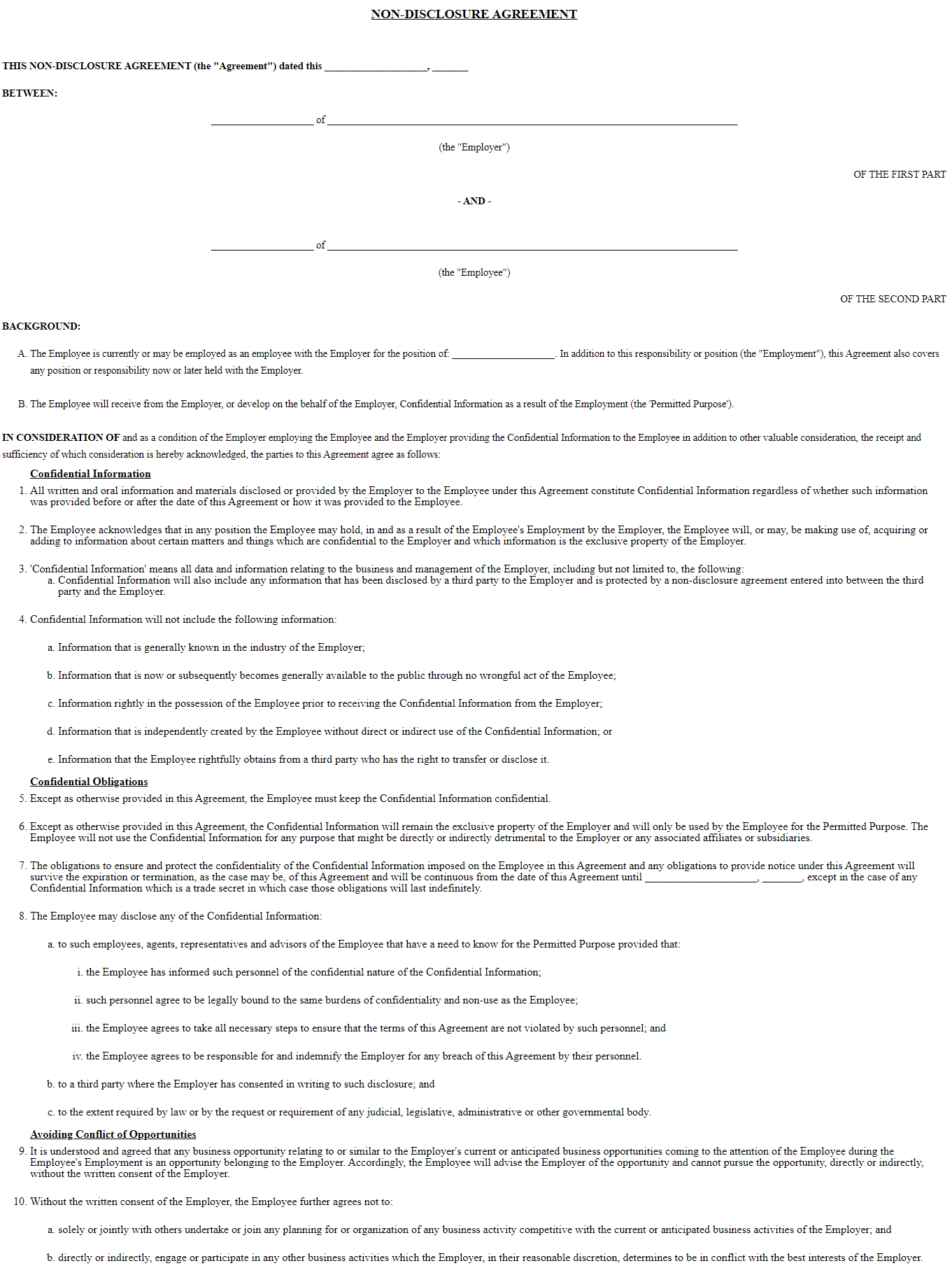