How to Create a Non-Disclosure Agreement in Georgia

The only way for your business to maintain its competitive advantage is by working on its projects continually, coming up with even more innovative ideas, and developing new and better products. These processes involve many parties in and out of the research and development teams. And even when you have one employee tasked with the critical details of your creative processes, your trade secrets could easily fall into the wrong hands, or they could find a way to your competitors. And as we all know, that is bad for business.

How then do you go around this challenge? Simple. Make sure that your employees, especially the ones who know all the details of your business, the devices you use or the programs your production process run on - sign a document that legally binds them and forbids them from divulging those trade profitable trade secrets.

The document that your employee(s) sign to keep trade secrets is the non-disclosure agreement, an NDA or a confidentiality agreement. Using this document, you will be able to keep a tight lid on your business' sensitive information.

Often, the non-disclosure document is drafted when sensitive or private information gets disclosed to your suppliers, clients, investors, and even suppliers. If any of these parties get wind of the information from the company, they will have to sign the NDA to show that they will not speak a word about the confidential trade secrets to competitors and other third parties.

Often, the NDA binds the person who signs it to secrecy for an indefinite period though there are times when there are definite timelines set. However, there should be a timeline in the NDA, and also the document must be signed so that the details of your business are not traded or shared with the public knowingly or accidentally.

Before we look at the elements that make the NDA complete, let's look at trade secrets.

To create your free Georgia non-disclosure agreement, you need to ensure that it contains the following elements:

Under the obligations, it should be noted that the recipient should not use for their own benefit, copy, publish or disclose the information to the others without prior written approval from the disclosing party.

This section also indicates that the recipient must return to the disclosing party any/ all records, notes or other printed, written and tangible materials in their possession that pertains to the confidential information when the disclosing party makes the request in writing.

Timeframes: Under the NDA, the trade secrets will be held securely until that time when the information is not considered a trade secret anymore or after the disclosing party or the company sends to the recipient a written notice that releases the party from the agreement.

Signatures: The NDA must have the signatures and names of the disclosing party and the receiving party, as well as their titles, and the signatures must be dated.

Other elements of the NDA include:

Relationships: this section indicates that no information in the NDA will be deemed to make either of the parties a partner, an employee or a venture of the other party.

Severability: in this case, if the court finds that a section of the NDA is not enforceable, the other sections of the document could be interpreted to best effect the intentions of the parties involved.

Waiver: This indicates that any failure in exercising the rights that are provided in the agreement will not constitute a waiver of the subsequent or the prior rights.

Integration: This establishes that the agreement is an expression of the complete understanding by the parties regarding the NDA and that the NDA supersedes any or all prior proposals, representations, agreements, and understandings. Both parties should be present to amend the document and the amendment should be in writing.

Types of NDAs in Georgia

Bilateral - this is the NDA created when both parties involved in the trade disclose trade secrets to each other. This is also called a mutual NDA.

The non-competes are the most restrictive agreements drawn up to protect business secrets. This document restricts an individual from competing against their former employer by working for a competitor or starting their own business in the same line as the company creating the non-compete.

The covenant created using a non-compete aims to protect your investment of money and time especially in the development of the employee's skills as well as other protectable interests. What this means is that the employee will be in breach of the enforceable non-compete if they work with the competition even if they do not solicit customers.

Note that the provisions of the non-compete are enforceable in Georgia although it was a tough nut to crack in the Old Law. The New Law (Restrictive Covenant Act) makes it possible for employers to enforce the non-compete.

Whether you live in Atlanta, Augusta, Savannah, Macon, Athens, Decatur, Alpharetta or any other city in Georgia, you could use our free non-disclosure agreement forms to get started on the protection of your trade secrets. 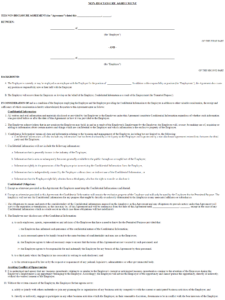 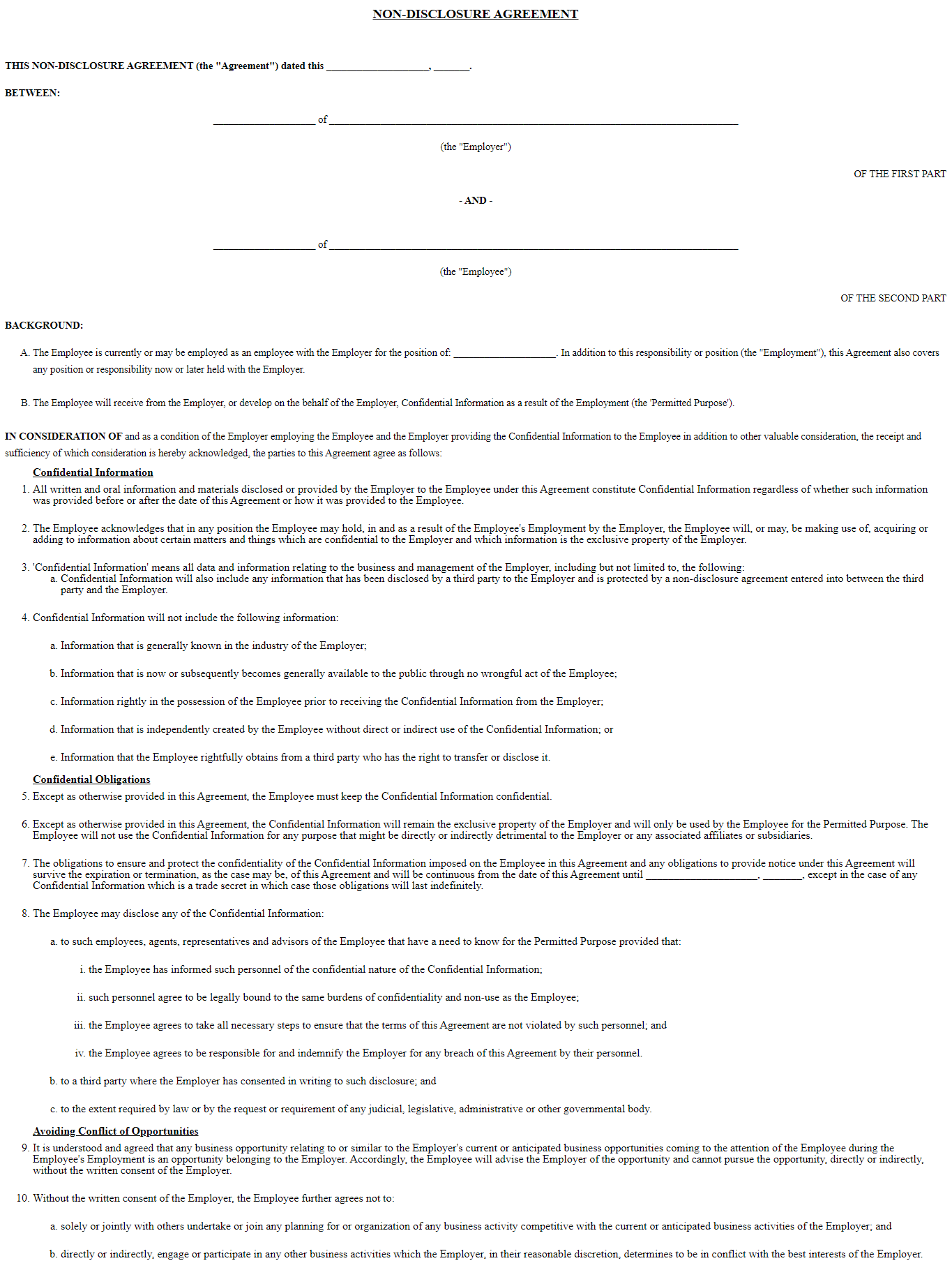