First, keep in mind that a confidentiality agreement in Missouri serves the same purpose as a non-disclosure agreement (NDA) and the use of one over the other is a matter of preference. Since NDAs are common, we'll stick to it here. A non-disclosure agreement refers to a legally binding document used to protect proprietary information from getting into the wrong hands or being released to competitors or the public. Often, the proprietary information is what gives the company its competitive edge hence the need for protection.

The NDA could also be used to protect trade secrets and intellectual property (copyrights, patents, or trademarks, etc.)

A trade secret represents a piece of information - program, compilation, method, technique, process, or device - that is unknown outside the confines of the company/ business entity, information only known by employees and persons involved in the business, information that is difficult to duplicate and difficult for others to obtain. A trade secret is also regarded as information that has great actual or potential value or that which has been subjected to a significant amount of protection to ensure that the information remains confidential.

Unilateral NDA involves one party that discloses the trade secrets (the disclosing party) and the party that is made privy of the information (the receiving party). The receiving party is to maintain secrecy and restrict access to the confidential information, and he or she will be liable in the event of a breach. On the other hand, the bilateral (mutual) NDA refers to the contract between two parties wishing to maintain the secrecy of their trade secrets. The parties are accountable to each other in the event of a breach.

First, you must download a free Missouri non-disclosure agreement form online then enter the appropriate details. Essential clauses in the NDA include:

Details of the protected material: though it is easy to approach information tagged 'Confidential' with caution, you need to define what the confidential information is. You should be as specific as possible about the definition of the NDA to ensure that the receiving party does not use the ambiguity to their advantage. If it's impossible to give a clear definition, you may indicate that the document protects information that is deemed reasonably confidential.

Obligations created by the contractual arrangement: this is the part of the NDA that determines that the extent and the limits of the NDA. The receiving party is also obligated not to publish, copy, or disclose the information to other parties or for his or her benefit without the approval of the disclosing party.

The receiving party is also expected to restrict access to the confidential information around consultants, independent contractors, investors, and other employees. These professionals fall into the third-party category and their access to the trade secrets should be on a need-to-know basis. They might, also, have to sign NDA when they are accessing a huge chunk of the trade secrets.

Exclusions: this is the clause with the information that is not considered confidential because it is available publicly or because the receiving party obtained the information legitimately before signing or reading the NDA.

Other clauses include severability, relationships, integration, and waivers.

To make the agreement enforceable, it must have dated signatures of the disclosing and the receiving parties. Keep in mind that any information shared with the receiving party before signing the document will not be considered confidential.

What happens of the NDA is breached?

In case of a breach of the free non-disclosure agreement in Missouri, the party that is guilty of the breach will be held liable, and they could be sued for damages caused. Remedies for a breach include forcing the guilty party to pay back lost profits and/ or they could be asked to stop continuing the release of the trade secrets.

This is a document that is more restrictive than the NDA in that the document forbids an employee (ex-employee) from working for/ with the disclosing party's direct competitors.

Once signed, and as long as the terms are reasonable, the ex-employee will be forbidden from engaging with the employer's competitors for a specific duration and geographical location. The time and geographical scope of the NDA, as well as the consideration for the contractual relationship determine the reasonableness of the document. The consideration acceptable in the state is either initial or continued employment.

Do you have a business in Joplin, Branson, Missouri, St Louis, Saint Joseph, Jefferson City, or any other city in Missouri? Get our free non-disclosure agreements forms online to get started today. 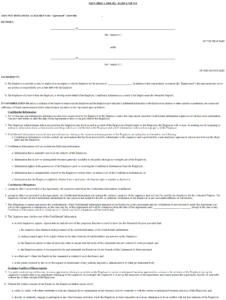 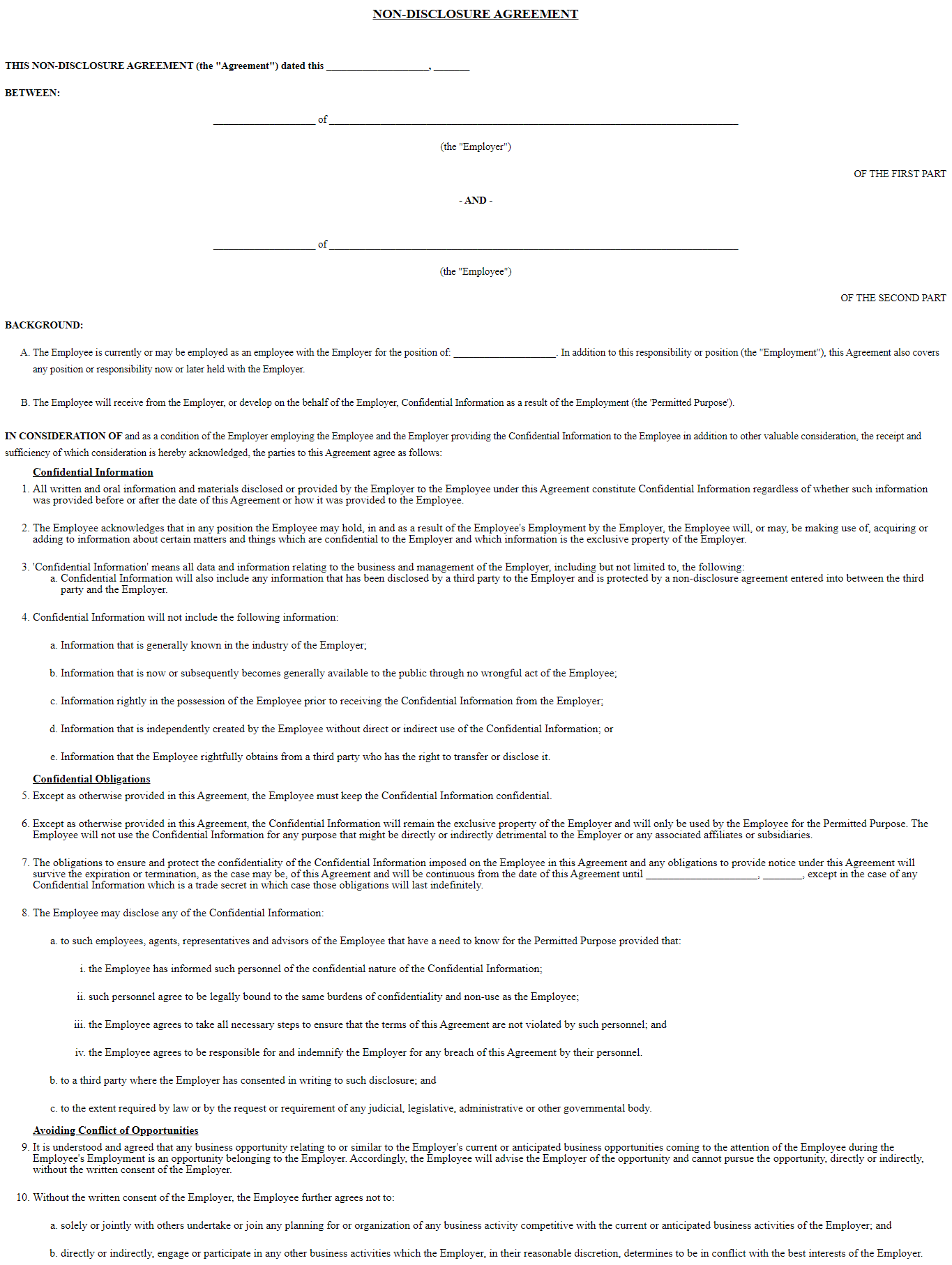