Understanding the Elements of the Non-Disclosure Agreement in Nebraska

Have you had to sign a secrecy agreement or asked your employees or partners to sign a document that states that they should refrain from sharing some information to third parties like your competition, public or the media? Such documents are created to prevent persons who may come across or have access to private and often sensitive information from sharing that knowledge/ information to the wrong people.

While these documents are common between employees and employers, the document could also be drafted between partners in a joint venture, a company, and its private/ independent contractors, or the company and its clients or suppliers, among others.

Besides maintaining the secrecy of information, the NDA provides the details of the potential remedies taken into action if the party receiving the trade secret fails to comply with the terms agreed upon in the document.

How do you create the agreement?

The first step involves obtaining a free Nebraska non-disclosure agreement form online then populating the document with the relevant information. To ensure that you have all the right information before you get started, you should know that the company, employer or any other party that discloses the confidential information, often trade secrets is referred to as the disclosing party while the party that learns or receives the new information is the receiving party.

But that is not all that you need to identify in the non-disclosure form. It should have the following details:

The confidential information, trade secrets, and the private operations must meet the statutory requirements, and they should conform to Nebraska's Trademark Registration Act. And the contract should not interfere with the statutes while operating within the confines of Sections 87-126 to 87-144 of the law.

Time period: the confidential information in the free non-disclosure agreement in Nebraska binds a receiving party, and he or she has to be mum about the information for the duration of the agreement and also for some time after the term of the CA.

Signatures: the disclosing and the receiving parties have to put down their names and dated signatures to create a legally binding and a complete NDA.

As mentioned above, different circumstances warrant the creation of NDAs. You will, however, note that there are two main types of this secrecy document.

The Unilateral and the mutual/ bilateral NDAs/ obligations

Other types of secrecy documents

Non-competes are the most restrictive types of secrecy documents in that they non-only forbid employees from disclosing trade secrets but also forbid them from working with your competition or even starting their own companies to compete with yours. They also restrict solicitation of customers. You should, however, note that the state will approve the non-competes only if you meet some conditions. Though limited, the restrictions of the non-compete must be:'

Reasonable in that it does not cause any injury to the public. That is: the restriction should not deprive the public access to valuable goods and services

It should not be greater than necessary in a reasonable manner, and it must protect an employer from a legitimate business interest.

Also, its reasonableness should be seen in the sense that the non-compete is not oppressive or unduly harsh on the receiving party.

Some of the acceptable restrictions on non-competes in Nebraska include:

Note that the state restricts this information to clients that the employer had contact with physically and the ones they did business with. So, the departing employee will only be forbidden from soliciting customers only if he or she dealt with them in person.

Regarding prospective customers and former customers, the state laws are unclear. Note that you cannot use a non-compete to restrict an employee from working with a competitor or client anywhere in the US.

Determining the reasonableness of the time/ geographic restrictions

Would you like to create an NDA today? Get our free non-disclosure forms available to all residents of Lincoln, Omaha, Kearney, Grand Island, North Platte, Papillion, Sydney, and in any other city in Nebraska. 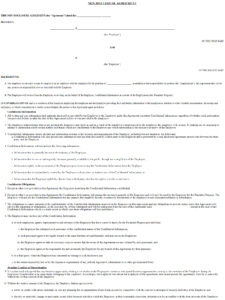 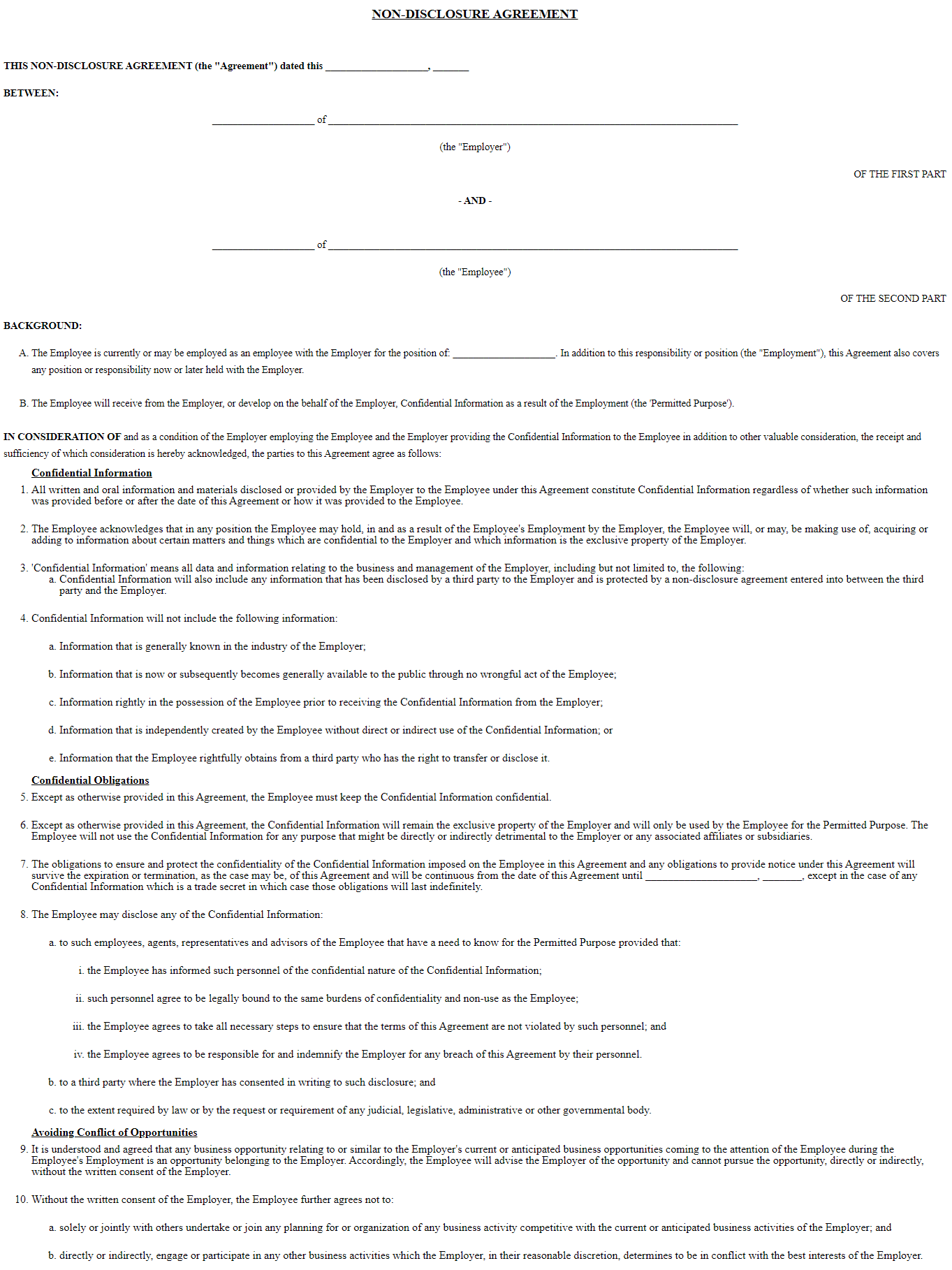