Using a Non-Disclosure Agreement in Indiana

A confidentiality agreement (CA) or a non-disclosure agreement (NDA) is a legal written contract that establishes a contractual and a confidential relationship between an employer and an employee. The contract lays out the binding terms and the conditions which forbid the employee from divulging the details of the NDA, the proprietary and confidential information as well as trade secrets.

But, NDAs are not restricted to use by employers seeking to protect their trade secrets. The document could also be created for other uses.

Once signed, the NDA will protect all the business secrets unknown to the public or competitors like marketing plans and strategies, customer lists and any other proprietary information.

The essential contents of an NDA

To create an NDA, the first step involved is to download a free Indiana non-disclosure agreement form and the fill it out with all the relevant details. The most important elements or clauses of the NDA include:

Definition of the information that is regarded as confidential

Note that using a CA, a company gets the power to claim control and ownership of material that is invented, written, developed, produced or invented in the time that the employee worked for the company.

It should also be noted that the free non-disclosure agreement in Indiana should have a clause that provides for the employer to grant permission or sign off on receiving party to share or use the proprietary information as well as the permission granted does not result in a potential loss.

The final, most important element of the NDA is the dated signatures of the disclosing and the receiving parties.

The other document that creates a contractually binding arrangement

Non-competes are legal contracts that forbid an employee from working in the same industry as their employer after they leave employment, soliciting employees (non-solicitation agreement), or even starting a company that uses the trade secrets obtained from the former employer.

In most cases, non-competes are effective for between 6 months and 2 years after an employee leaves employment, but the courts have to determine whether the conditions of the non-compete are reasonable or not.

Are you looking for help with confidentiality agreements in Indianapolis, Evansville, Lafayette, Bloomington, Fort Wayne, Terre Haute, Gary, Muncie, Carmel, Kokomo or any other city in Indiana? How about you download a free non-disclosure agreement form from us today? 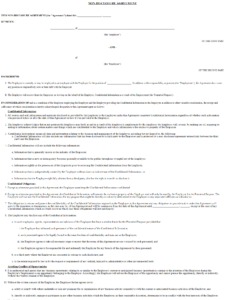 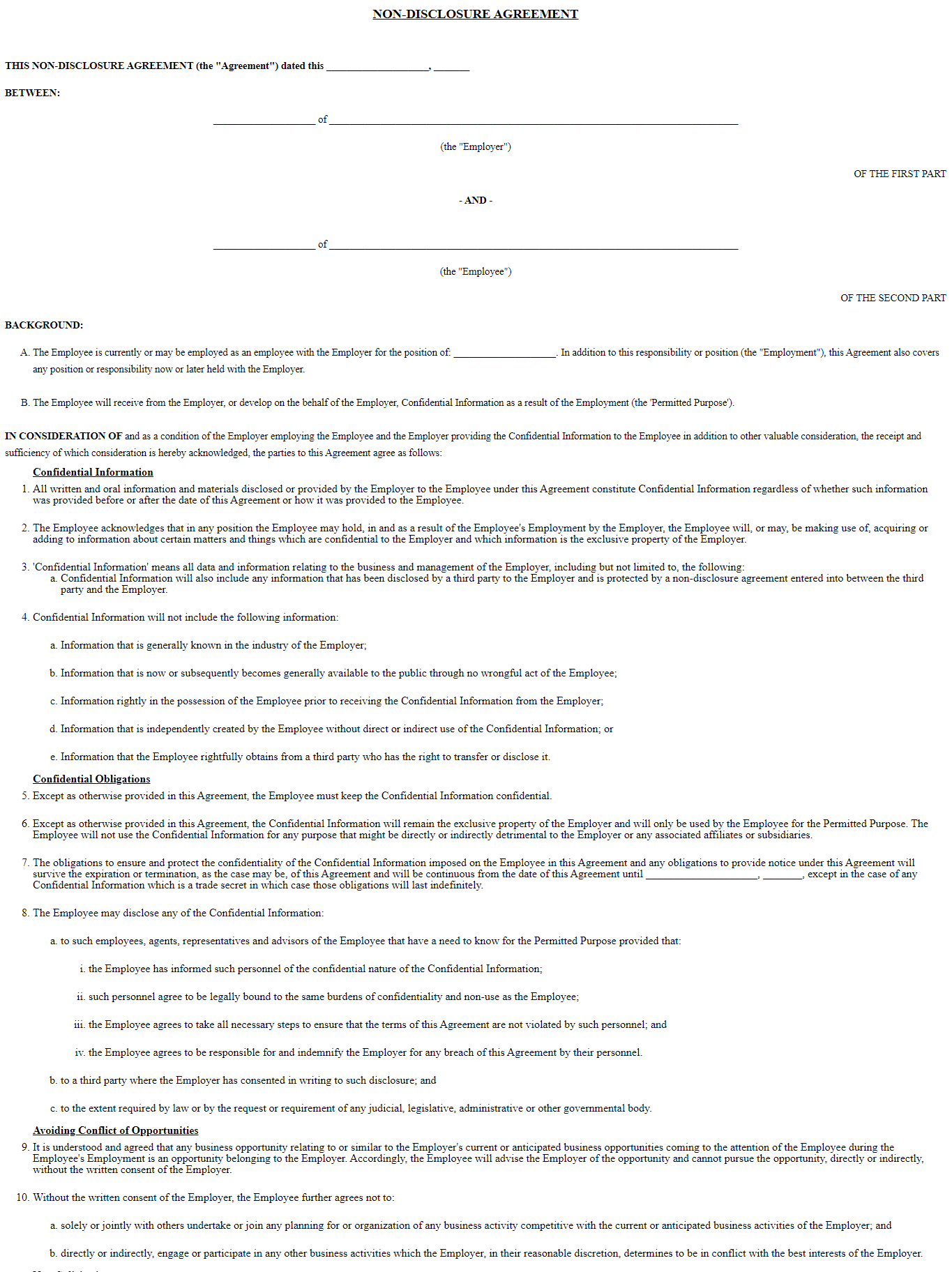