THIS NON-DISCLOSURE AGREEMENT (the "Agreement") dated this 26th day of October, 2021

The Importance of the Non-disclosure Agreement in Maryland

Which is the biggest secret you've ever had to keep? And was disclosing it paramount to legal action against you? Did the party disclosing the secret mention or imply that failure to abide by the terms of the contract would mean that you are charged in court or that you would have to pay damages for the losses suffered by the disclosing party directly or directly? And did they make you sign a document?

If you signed a document that says you cannot breach the agreement, it means that you have swum in the world of non-disclosures.

A non-disclosure agreement is a document that people often sign to protect trade secrets, among other reasons. The non-disclosure agreement also called an NDA, or a confidentiality agreement (CA) is, in most cases, the most important part of legal settlements. The agreement could also be the basis or the condition for an individual to get employed, or it could be all that you need to create a business relationship. As you delve into the world of confidentiality agreements in Maryland, you will realize that the term confidential means different things to different parties.

So, what is considered confidential?

Under the legal lens, confidential refers to that which must be kept under wraps. It's the basis of your free non-disclosure statement in Maryland. The receiving party to the agreement and the contract must agree to keep their mouths shut about the information regarded as confidential in the NDA. The confidential information could include employee details, company projects run by an employee, a product or program, or investor information.

Uses of the NDAs

The primary role of an NDA or a CA is to keep business secrets. As a result, there are several uses of the document including:

Employee disclosures: if you are in the kind of business that deals in and with sensitive information such as product development plans and programs, research, or inventions, you want to ensure that those details do not leave the room or the building. The only way of doing that is by asking your employees to sign NDAs.

Agreements with independent contractors: if you have someone working on a special project and you wish to have the information away from your competitors, you should consider getting the contractor to sign the document.

Keeping business or professional information a secret: this is common with doctors and lawyers, as they are required by law to keep the details of their clients and their cases a secret.

You could also use the NDA when dealing with investors or when coming up with agreements necessary for arbitration and litigation.

What makes a complete and an enforceable NDA in Maryland?

The first step in creating NDAs involves downloading a non-disclosure form that is pre-formatted.

In your free Maryland non-disclosure agreement form, you have to include the following details:

Also, note that the receiver of the information can only return the trade secrets to the disclosing party after they receive a formal/ written request. And, anyone else needing the information must sign an NDA.

Other terms: in the NDA, it's important to include clauses that could protect or ensure the enforcement of the document. These clauses include the severability clause, integration, waivers, modifications, relationships, and arbitration, among others,

Signatures: the parties to the must sign the NDA against their names, and the document must be dated.

Note: you must always read every bit of information contained in the NDA before signing it. You also need to check if the document has a statement that avoids the creation of a confidential relationship between the parties involved.

Are you thinking of creating an NDA for your business in Ocean City, Baltimore, Rockville Annapolis, Salisbury, Laurel, Bethesda, or any other city in Maryland? Get started with our free non-disclosure forms available online. 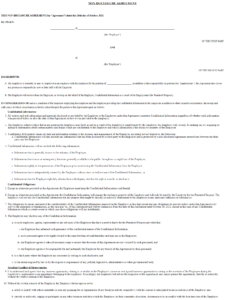 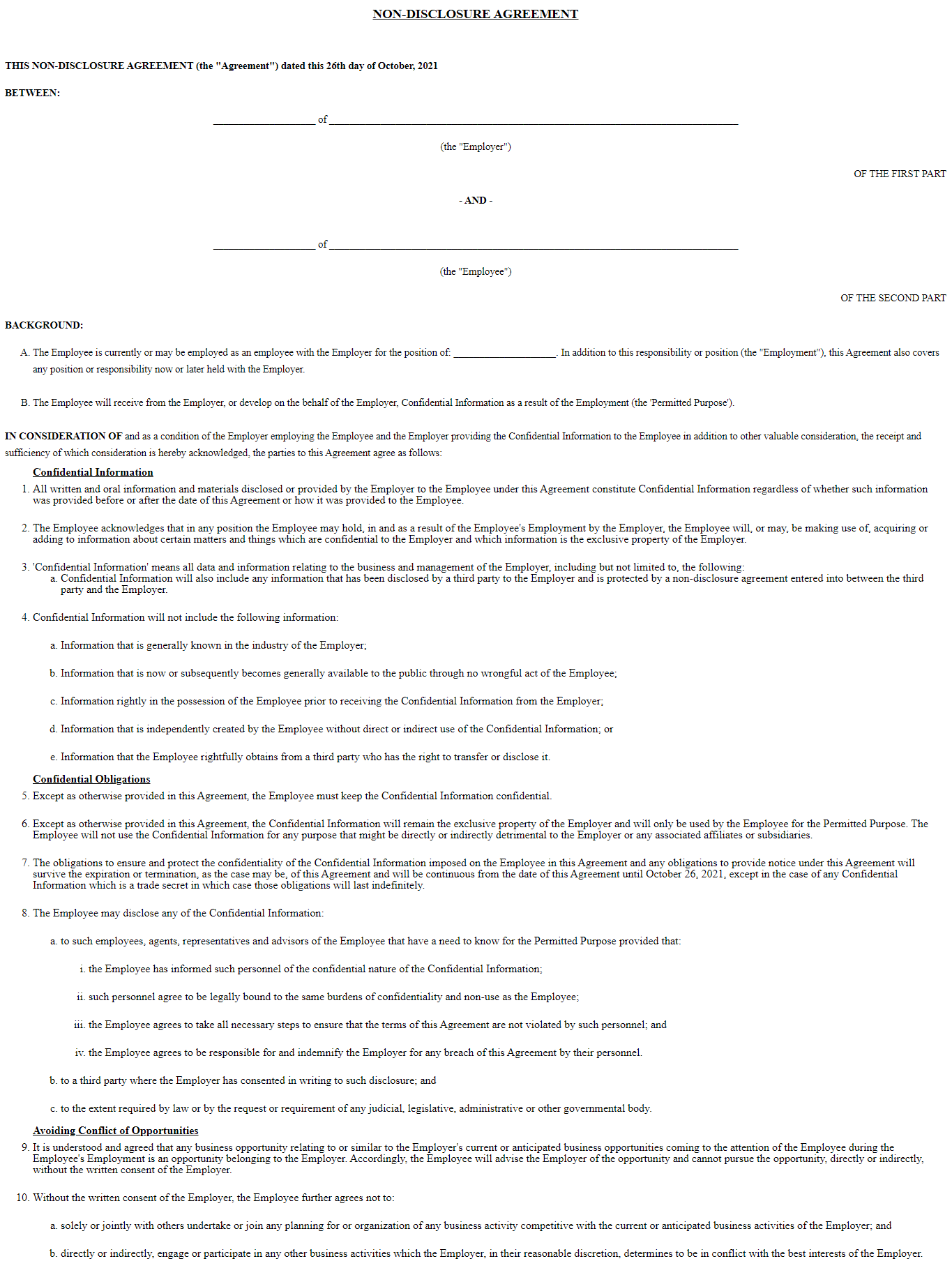