Essential Clauses in the Non-Disclosure Agreement in Massachusetts

If you are going to use a confidentiality agreement in Massachusetts to protect your trade secrets and proprietary information from falling into the hands of your competitors from your employees, independent contractors, or potential investors/ buyers, you must protect that information.

Asking someone not to breathe a word about a trade secret is one thing and the person you speak about the trade secret with might blubber and let the secret out, but, if that persons signs a document that shows that they have agreed to take on the responsibilities that come with a breach of contract takes the protection of that information a notch higher.

Take note of the fact that the confidentiality agreement and the non-disclosure agreement refer to one document.

However, as you look for a free Massachusetts non-disclosure agreement form online, how do you ensure that the document is airtight and there will be nothing close to the manipulation of the truth?

Undeniably, non-disclosure agreements (NDAs) have become commonplace in the corporate world, and some professionals are even neglecting the significance of the document.

You don't want a poorly drafted NDA that is weak, ineffective, or one that could be regarded as void and worthless, do you? Well then, to draft an enforceable and a free non-disclosure agreement in Massachusetts, you need to take a keen look at all its clauses.

The specifications of the trade secret or information regarded as proprietary should be clearly outlined to constitute privileged information. You may want to explain the formats of the information covered by the NDA. You also need to specify the means through which the information is shared whether oral, electronic or written.

Here, you might want to disclose the acceptable uses of the information. Again, be specific about the uses and don't leave any details to chance/ creative imaginations.

In the event of a breach of contract, there should be an acceptable remedy. Acceptable remedies include an injunction relief or damages.

To prevent an ex-employee from trading trade secrets with the competition, working for the competition or soliciting clients, you might have to ask your employees in contact with the company's sensitive information to sign a non-compete. However, the restrictions of this document should be reasonable for enforcement.

There should also be a consideration paid in exchange for the contractual arrangement. Consideration includes initial/ continued employment, a promotion or even a bonus.

Are you looking for an NDA in Boston, Springfield, Salem, Worcester, Cambridge, Plymouth, Lowell or any other city in Massachusetts? Look no further! Get our free non-disclosure agreement forms now. 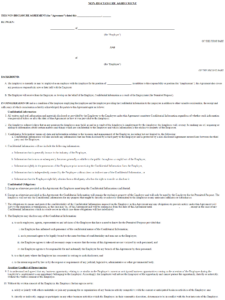 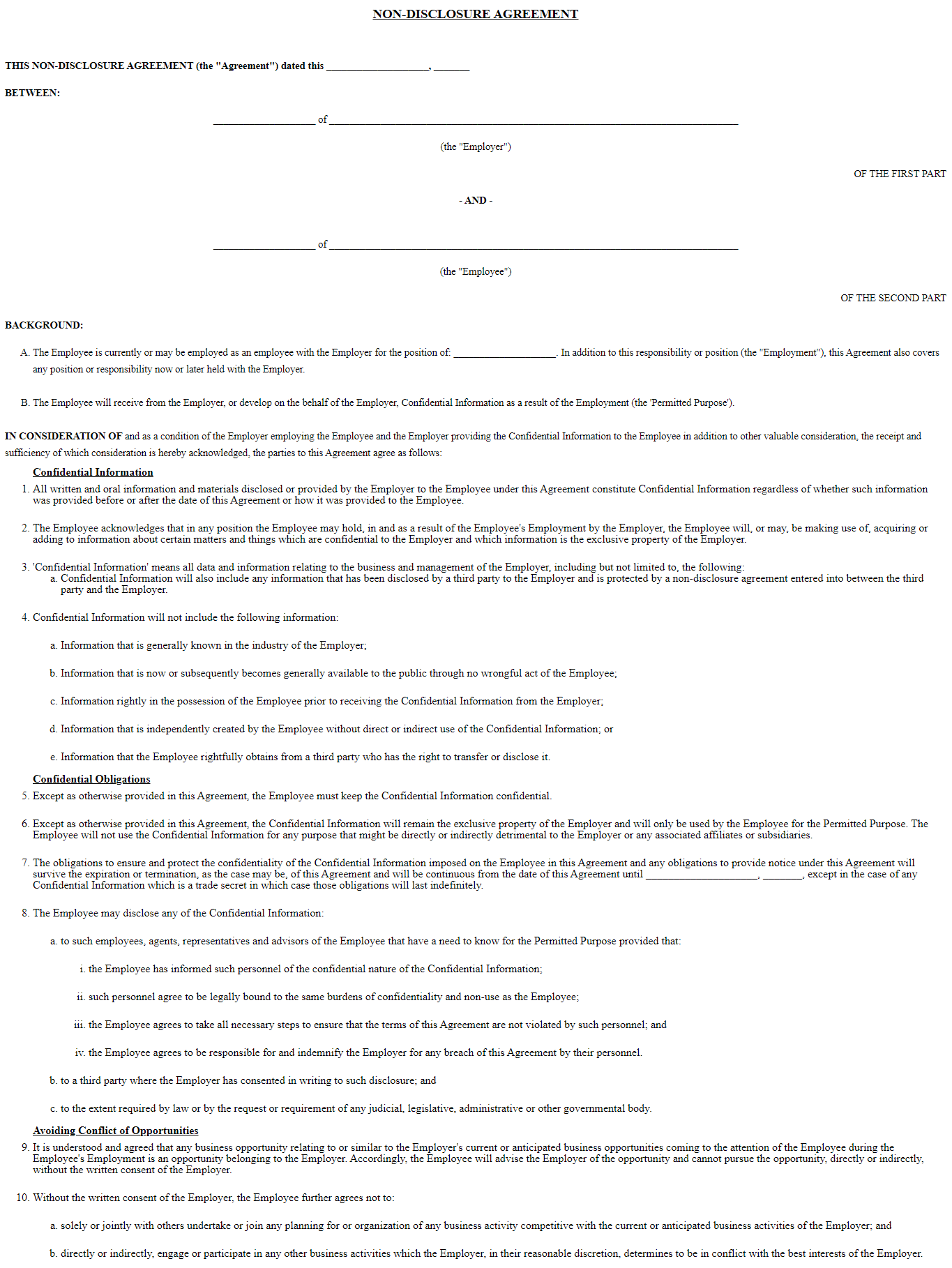