A Comprehensive Guide to The Non-Disclosure Agreement in Delaware

Out of respect for your boss or whoever trusted you with private information, you might have kept your lips locked. But, there certainly are circumstances that you wished you didn't have to keep the secrets. Also, looking back at the value of the secrets you held close to your heart, you know that they were lucky to have trusted you. But, since we hardly come across people who keep their words, there's need to document the fact that you have shared some secrets with a certain person and they signed to have received the information and why they received the information.

In the corporate and the legal world, the signed document is the non-disclosure agreement (NDA). An NDA refers to the legal contract used to refrain a party from letting out the secrets of another party thanks to the level of confidence between the two parties.

The use of this contract creates a legal obligation to your privacy, and it also compels the persons who know about the information to keep it a top secret.

Types of information covered by NDAs

To be categorized as a trade secret, the information shared must have an independent and an actual or potential economic value from being private knowledge unknown to the public or other persons who could obtain a level of economic value if the trade secrets were divulged. At the same time, the information making up the trade secret could be a subject of some reasonable efforts and under the right circumstances under the state laws.

Note that the violation or the threat of violation to the confidentiality agreement in Delaware may force the company to take a position that shows the presence of a threat or even the actual misappropriation of the company's trade secrets or even a contractual breach of the NDA. Once the company takes the position, it could seek relief through the courts.

Note that some of the information considered confidential will include software, customer lists, test results, system specifications, recipes, marketing plans and financial details, among others.

In this document, out of the two parties involved, only one party, the recipient cannot leak the information to third parties

In this document, both parties agree that neither party will leak the information of the other party. This is often the case around a business that are partnering on specific projects.

The elements of the NDA

Despite the functions of your free non-disclosure agreement in Delaware, there are specific elements that must be met or be contained in the NDA for it to be enforceable and acceptable in the court of law.

It must carry the definitions, the exclusions for the confidential/ proprietary information, the obligations of the parties involved, and the time frames required to make the NDA reasonable.

Definitions: The NDA must spell out the types or the categories of the information that is covered by the agreement. The specificity of the elements helps in establishing the subject/ consideration or the rules of the contract without having to release the exact information. Terms used here may include financial and credit information, the customer lists, marketing plans, or purchase history

Timeframes/ periods: Under the time frames, the NDA notes that the receiving party must stay mum for a specific number of years.

Besides keeping their mouth shut by signing an NDA, the addition of a non-compete clause makes the agreement even more restrictive. How? Well, a non-compete forbids the employee from sharing the trade secrets with the competition and also it prevents them from working for the competition or setting up competing companies.

For enforcement, the non-compete must be reasonable in terms of its scope, the time, and geography, it should only protect the legitimate business interests, and it shouldn't impose any substantial hardships. Also, its restrictions should be limited to direct solicitation of the customers or working directly on projects for the direct competitors.

Are you looking for a free non-disclosure form to protect your business? Download our NDA forms online from Wilmington, Newark, Dover, Lewes, Middle Town, New Castle, Bear, Millsboro, or any other city in Delaware. 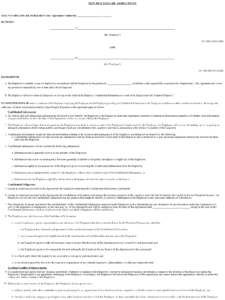 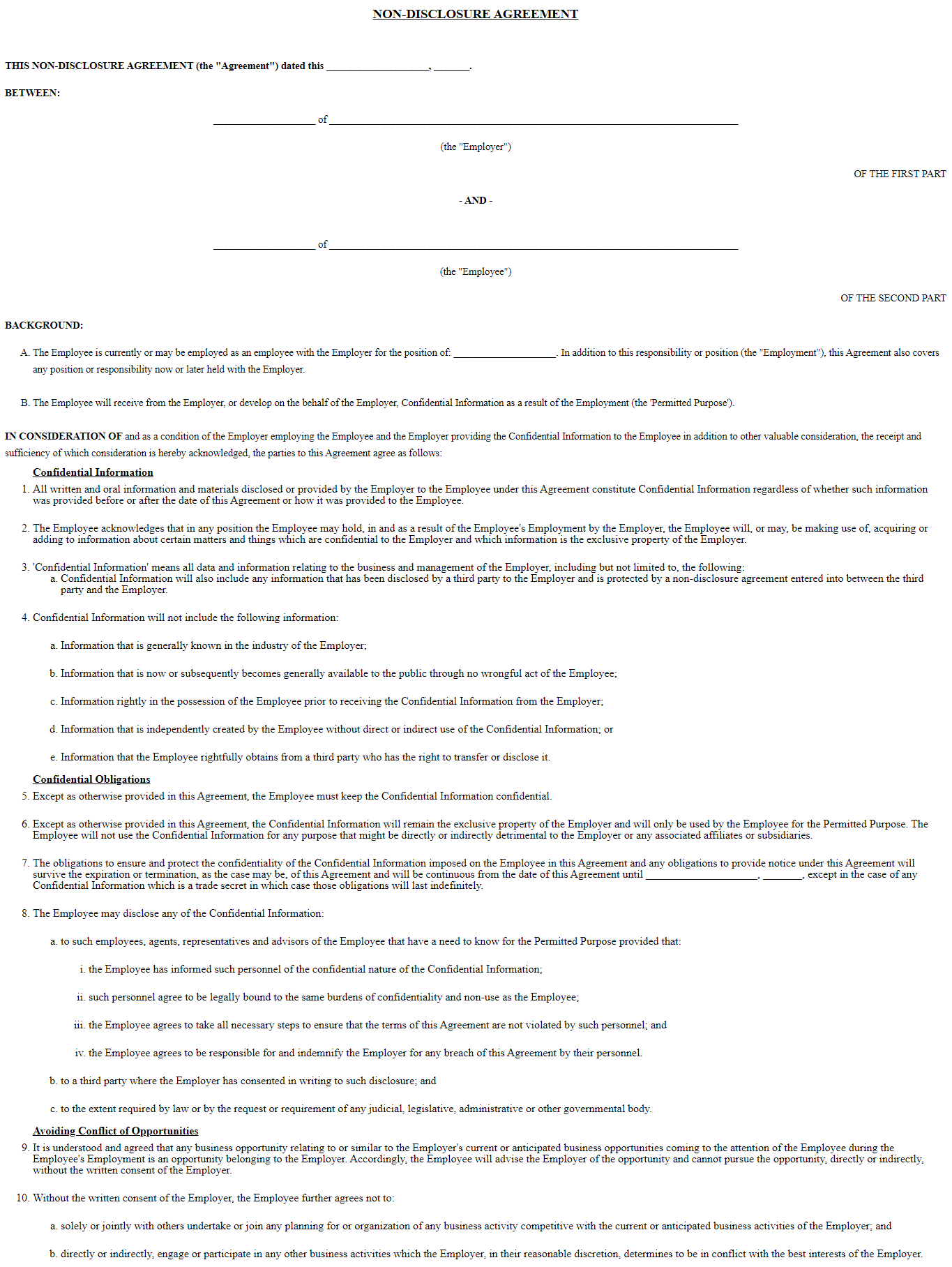