How to Write a Non-Disclosure Agreement in Iowa

If the reason why you are in business and garnering a huge competitive edge in the economy is the unique technology, methods, process, devices, programs, or compilations that you engineered on your own, then you have to do everything possible to protect that information. It is what sets you apart from the rest of the competition. So, you should not leave any loophole that could result in the leakage of your trade secrets to the public and the competition.

Besides asking people to keep their mouths shut about what you discuss in the boardroom or the new technologies you are improving with your engineering team, set higher standards for data protection using a confidentiality agreement in Iowa (CA).

Confidentiality agreements are also called non-disclosure agreements (NDA) and what the agreements do is to protect your trade secrets from falling into the wrong hands. All you need to do is to ensure that all people with access to the information or those who could access the information sign legally binding NDAs.

Non-disclosures are among the most powerful legal instruments hence their use by investors, companies, and contractors, among others to protect their trade secrets, as well as intellectual property. Otherwise, a company would lose the rights to their patents or inventions when then public or the competition learn about the information.

Intellectual property or unique programs, techniques or methods that give a company a competitive edge because the information is only known to the company is a trade secret. Therefore, non-disclosures represent the contracts that protect valuable information, giving the owner of the information an economic advantage.

There are two types of NDAs, and they are differentiated by the number of parties that disclose a trade secret. You could have a unilateral or a bilateral NDA

Bilateral NDA - It's also called a mutual NDA. It refers to the understanding and contractual arrangement that leads two parties with trade secrets or confidential information to share with one another. Both parties sign the document to signify the fact that they are responsible for keeping each other's trade secret protected from third parties. In the event of a breach, both parties are held liable. The bilateral NDAs are common during takeovers and mergers.

To be enforceable/ legally binding, there are specific elements of the NDA that require understanding. Every enforceable has these elements even though the court must approve whether the conditions of the NDA are reasonable or not.

Before you look at the clauses that make a complete NDA, you need to download a free Iowa non-disclosure agreement form online. The form guides you on the essential elements of the document. Every form should have the following:

Purpose or definition of the document: This section outlines the reason for the NDA as well as the specific or the general details of the confidential information requiring protection. It is recommended that the document is marked 'confidential' to set things in the right direction. You could also use this section to explain why you consider that information confidential. Keep in mind that outlining the exact details of the trade secret ensures that there is no room for any form of creative imagination.

Obligations of the parties: Without spelling out what is expected of the receiving party and the disclosing party, important information could disappear through the cracks. To make the document airtight, there should be an explicit expression of the fact that the receiving party should keep the information safe and restrict access, in the best ways possible.

It should be noted that the receiving party can only release or return the trade secrets and associated materials to the disclosing party only upon receipt of an official written request.

Exclusions in the NDA: Information that is related to the NDA but available in the public domain or accessed through other legitimate means before signing the contract should be indicated in the ‘Exclusions’ clause.

Time periods: Usually, NDAs stipulate a time period during which the receiving party is to remain mum over the details of the NDA. This time begins when the parties sign the contract and it ends when the disclosing party wants it to end. This may be between a few weeks, months or years. In other cases, the terms of the contract are binding until a specific event occurs.

Signatures: As per the statutes and the provisions of the Uniform Trade Secrets Act, the contractual/ confidential relationship is only created once the parties involved sign the free non-disclosure agreement in Iowa.

Other documents that protect trade secrets

Wondering what you should do to ensure that your ex-employees do not walk out and into your direct competitors with all your trade secrets? Well, just ask them to sign a non-compete.

The restrictions of a non-compete are time and geographically restricted, and they should be reasonable.

For enforcement, the non-compete must strike a balance between protecting an employer's legal business interests and trade secrets from any form of unfair competition and the right of the ex-employee to work in a field they have trained.

There should also be a reasonable consideration from the restriction at the time of signing the document. The state accepts continued or initial employment sufficient consideration. The courts will also determine the hardship the restrictions placed on the employee, the effects of the non-compete on the public, as well as the level of geographical restrictions given.

Would you like to use an NDA in Iowa City, Dubuque, Des Moines, Cedar Rapids, Davenport, Sioux City, Ames, or any other city in Iowa? Get started with our free non-disclosure agreement forms today. 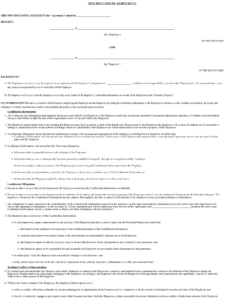 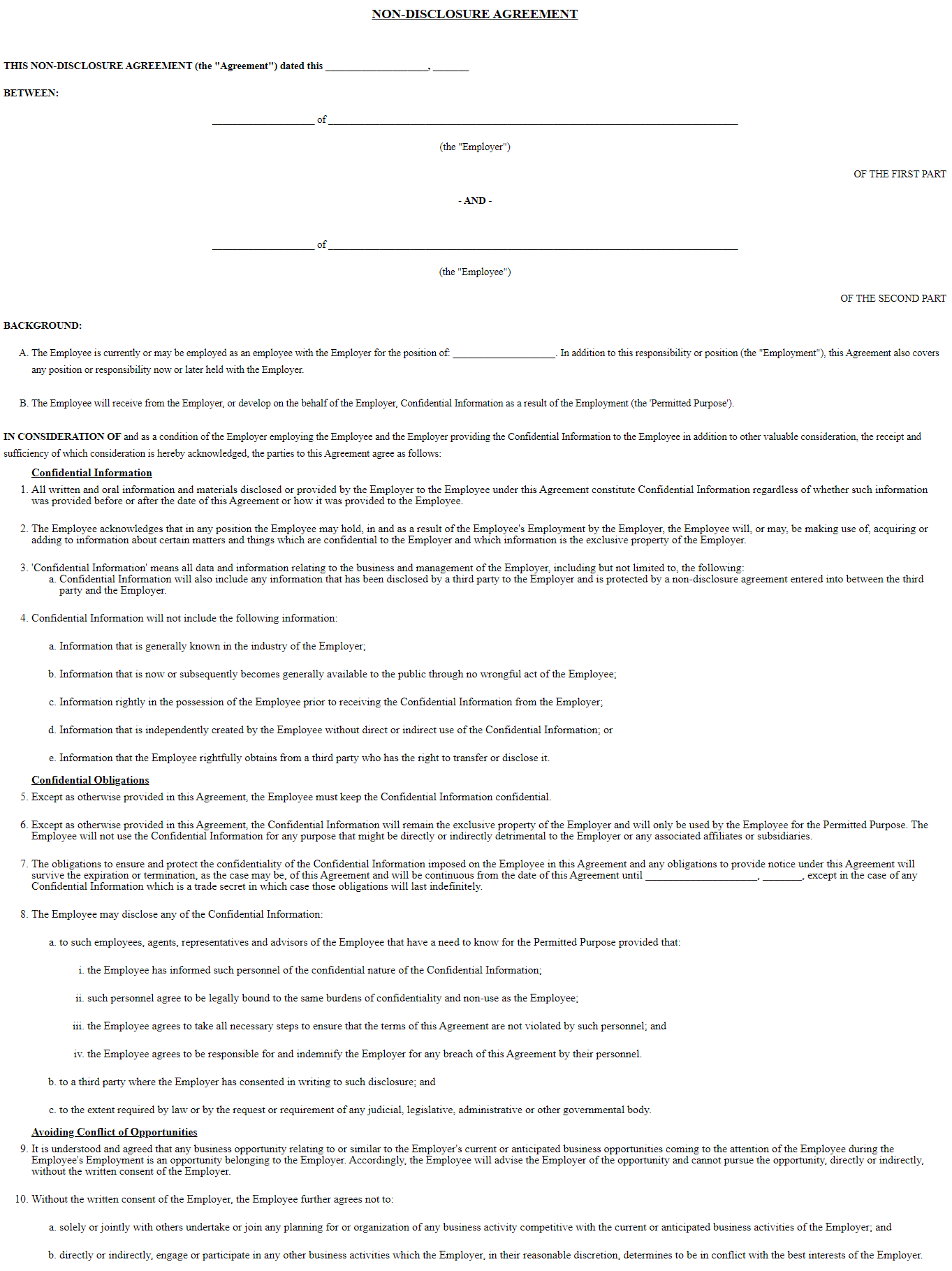