A confidentiality agreement in Washington refers to a legally binding contract used to protect the trade or business secrets responsible for the success of your business. If the confidential information or the trade secret is revealed to the world, you will easily lose your competitive advantage.

Note that if you are one of the many companies that have created, acquired or aggregated proprietary information, you must do all you can to protect that information. You need to make sure that no one else has access to your juicy secret. The only way to make that possible, other than relying on the provisions of the Uniform Trade and Secrets Act is by creating your own company's confidentiality agreement or a non-disclosure agreement (NDA).

As long as the terms of the NDA are reasonable, the document will be enforceable in court and the event of a breach of contract, the responsible party will pay monetary damages, or they will have to honor an injunction relief notice issued by the court. But, before you start dishing out NDAs, there are things you should be aware of.

First, you will have to download a free Washington non-disclosure form online. Unfortunately, this first step will not get rid of your problems. You need to do more.

Determine who the parties to the contract are

The contents of your NDA will vary depending on the party receiving the trade secret. This is important because the NDA creates different types of relationships. Some of the parties you might have to ask to sign the NDA include new employees, independent contractors, investors or lenders. For independent contractors and employees, you need to ensure that the individuals sign the NDA before they start working. Otherwise, you won't be able to differentiate confidential from public information. So, as the individual signs their employment contract, have them sign the NDA too.

If you are dealing with investors or lenders, you'll need to be a bit tactful. When dealing with investors, you have to discuss the details of your business' deepest trade secrets. As you pique the investor's interest, you also need to ensure that they don't run off with your ideas. So, the NDA should indicate that the NDA protects all discussions held. If your first meeting touches on general and confidential information, you will have to ask the potential investor to sign the NDA before you start any talks. Both parties must sign an NDA before getting into talks on sensitive business information.

And, when approaching new clients, you also need to ensure that they sign an NDA. The initial meeting might be about general business information where you learn about each other and carry out due diligence. However, as soon as you start the formalization process to lock down the new deal, you must ask the client to sign an NDA. The client might also invite you to sign an NDA to protect their trade secrets.

Determining the information worth protecting

The reason why you cannot use one type of NDA for different trade secrets is that the definitions of the secrets vary in the NDAs. You have to tailor every contract to meet the needs of your company, as well as the receiving party. When defining the confidential information, you will have information that falls into different categories, from intellectual property and trade secrets to financial or marketing information, and product testing.

Obligations of the receiving party

The main role of the receiving party is to protect trade secrets, proprietary information and other details that should be kept a secret. But, there's always more expected from the receiving party. For instance, he or she cannot use the confidential information for personal benefits without the permission of the disclosing party.

The free non-disclosure agreement in Washington should also indicate that the receiving party can only disclose the trade secret if the court compels them, and they should return all the materials relating to the NDA when they receive a formal request from the disclosing party. It should also be indicated in the NDA that the receiving party is expected to restrict access to the information and only giving access to third parties on the need to know basis.

Consequences of a breach of contract

The NDA should have details of the consequences of breaches. Often, injunction relief and monetary relief are offered by the court, as long as the NDA meets the standards for reasonableness.

To be enforced, the non-compete should be reasonable. It must strike a balance between protecting the rights of an employer to find a job a field they are trained while protecting the legitimate business interests of the company from the unfair competition. Also, the contract should protect legitimate trade secrets. There should be a consideration with the acceptable consideration in the state ranging from initial employment to a change in terms of employment and extra benefits.

Would you like to create an NDA in Olympia, Seattle, Vancouver, Spokane, Tacoma, Bellingham, Redmond, Everett or any other city in Washington? Get started with our non-disclosure forms easily accessible online at no cost. 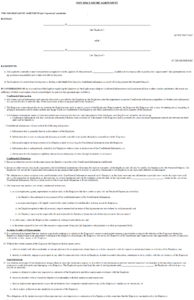 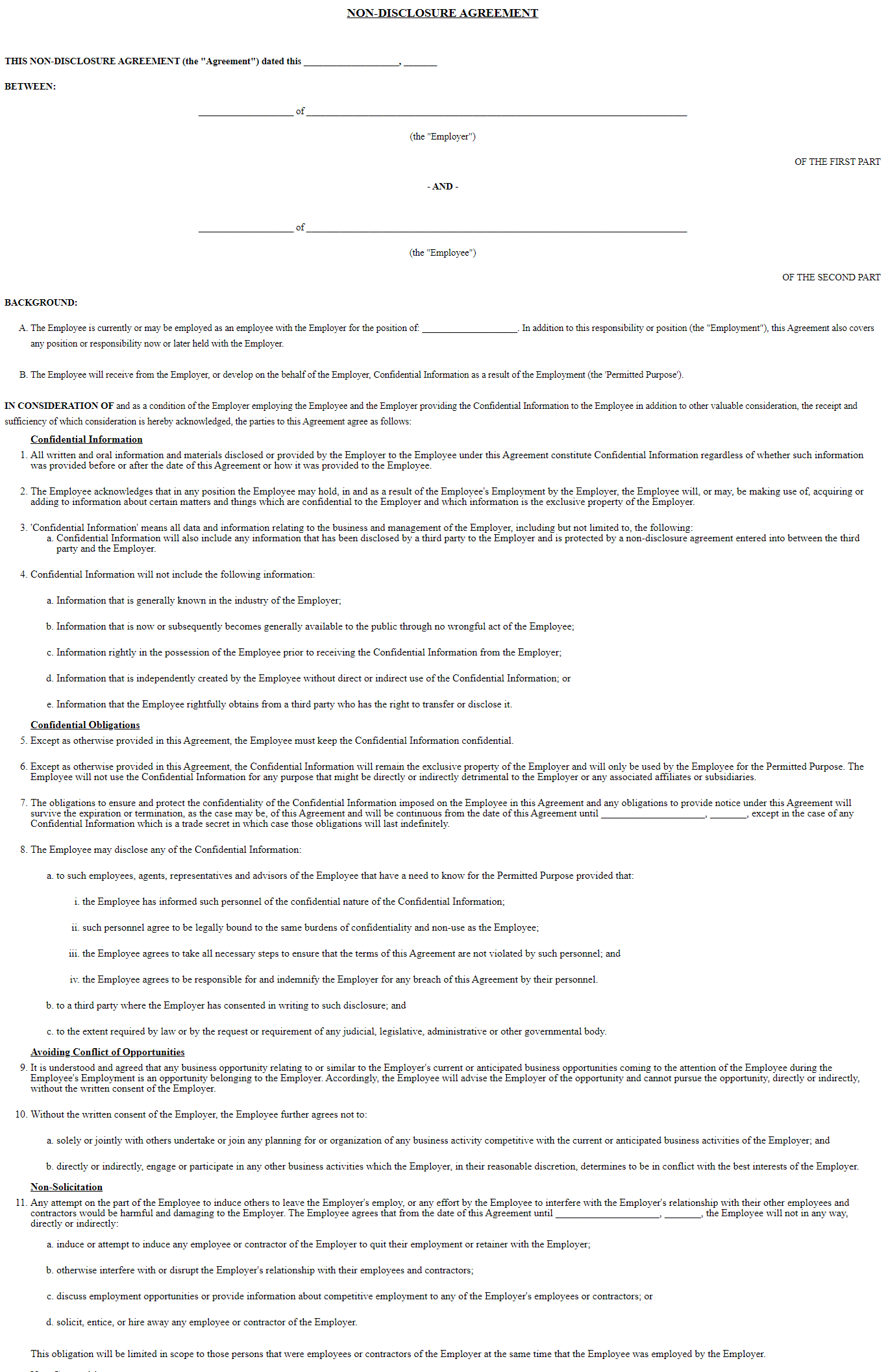