Everything You Need to Know About the Non-Disclosure Agreement in Alabama What is a non-disclosure agreement (NDA)?

The non-disclosure agreement, statement, or clause, refers to a legal contract that outlines the details of confidential materials, knowledge, and information shared between at least two parties. For the validity of this document and the protection of business/ trade secrets, the parties have to sign the NDA to indicate that they have given their consent not to divulge the information that is contained in the agreement.

The NDA will, therefore, protect all non-public trade secrets. Note that the NDA is also called a confidentiality agreement.

Some of the most common uses of NDAs include the protection of crucial business secrets using employee non-disclosures. The employee non-disclosure is one of the most important elements of your free Alabama non-disclosure agreement since it protects and preserves the sensitive information held by the company. The NDA comes in handy especially if you know that the revelation of the information to the public or the competition would mean the loss of their competitive advantage hence the need for the document.

Unilateral NDA - this is the NDA that discloses information to one party that is required to keep the information a secret.

Bilateral NDA - this refers to the document that is created when both parties involved supply information or trade secrets to each other, and either party must keep the information a secret. It's also called a mutual NDA, and it is common in joint ventures, partnerships, or mergers.

The primary elements of an NDA

Definition of the kind or category of information whose secrecy is to be preserved: For validity, the confidentiality agreement in Alabama must name the materials or the information to be kept private. The information must be in writing.

Other clauses: Severability (if the court finds one part of the NDA to be invalid, the other sections of the document will be interpreted as a representation of the intentions of the parties that sign the document); relationships (the CA creates a confidential relationship between the parties); integration (shows that the parties understand the terms of the agreement), and the waiver clause.

Names and dated signatures, as well as the titles of the parties involved in the agreement should be included for the validity of the document.

Note that despite the tight hold that the free non-disclosure agreement in Alabama has on business secrets, it does not refrain employees from soliciting customers, working for competitors, or setting up a business that is similar to the business run by the company asking the employee to keep its secrets.

This is where the non-compete agreement comes in. In the context of employment, the non-compete will refrain an employee from getting into a similar profession or trade as the employer for a certain period and in certain locations. While the state considers voiding the contracts that restrain businesses, some exceptions make the non-competes valid. An example is an employee agreeing with their employer not to engage in a similar business or to solicit the employer's customers.

Do you need an NDA to preserve your trade secrets and to create a confidential relationship with the parties involved in Birmingham, Mobile, Auburn, Montgomery, Huntsville, Tuscaloosa, Foley, Hoover, Cullman, Orange Beach or any other city in Alabama? You might want to download our free non-disclosure agreement forms today. 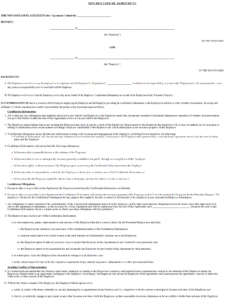 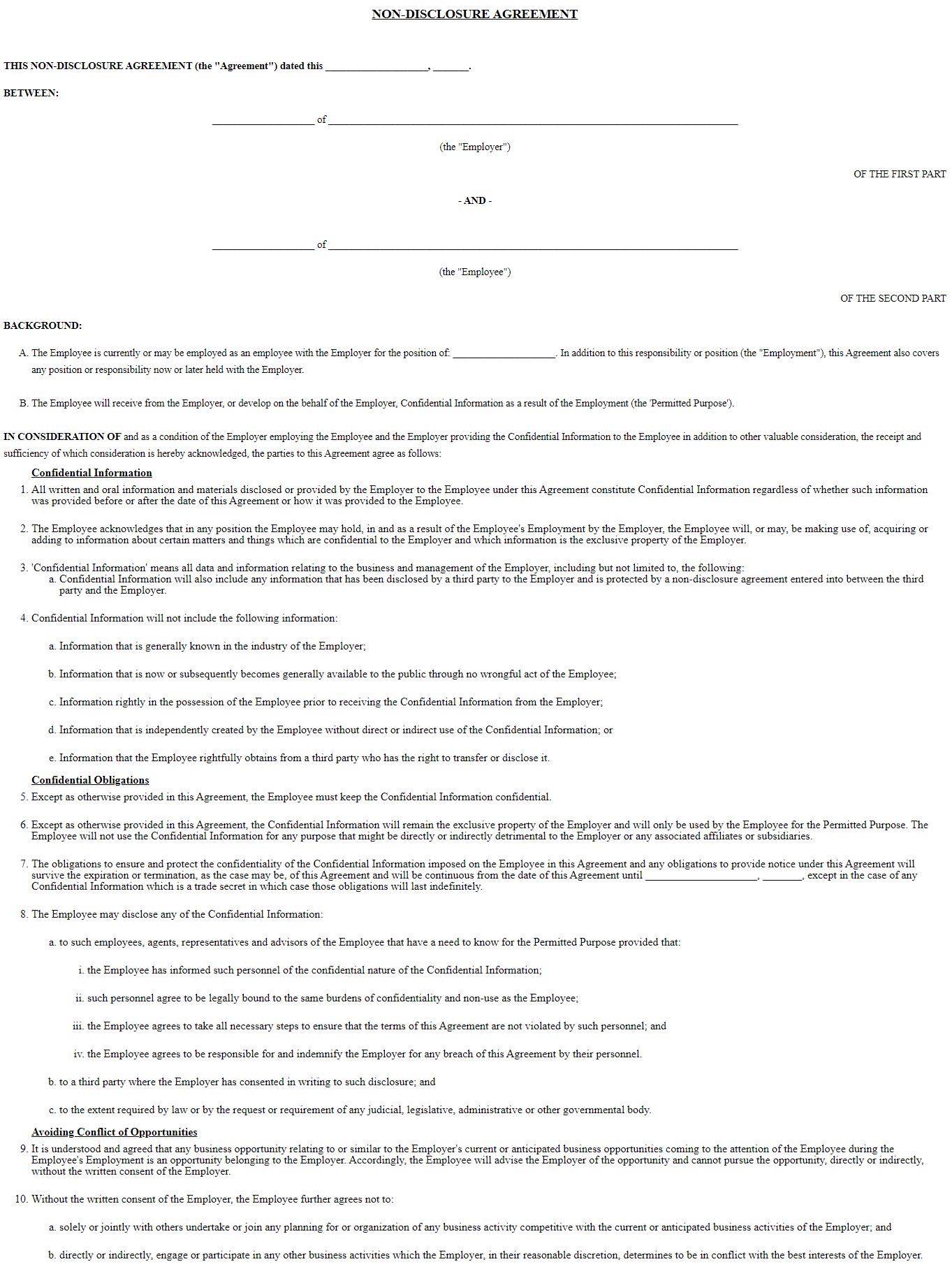