Using Confidentiality and The Non-Disclosure Agreement in Connecticut

Wouldn’t you like to keep your trade secrets or business interests under wraps from your competitors or employees who would want to use the information they know about your business operations for their good? But, do you have the right tools to protect that information?

While asking that the information shared between your partners or top-performing employees ‘does not leave the room,’ we all know that humans are little sneaky creatures of habit. And even if you take them to court after finding out that they divulged the information to third parties, ’he said she said’ kind of argument will not hold and you will lose. The next best option – make all involved parties sign an NDA (non-disclosure agreement) or any other form of confidentiality document or contract.

You’ve probably heard about non-disclosures but what exactly is this document?

A non-disclosure agreement refers to a legally binding contract that requires a company or an individual, the recipient, to keep under wraps confidential information. The recipient should not, under any circumstances, release the information to third parties or make the information public.

If after signing the NDA the recipient divulges the information, he or she will be held accountable legally, and they could be prosecuted, especially if they are in contravention of all the other clauses in the contract. The breach of the signed contract could also make the recipient liable for damages because you get to sue that person and for a lot of money.

NDAs are common in the workplace, especially when the company fears that the employee might share trade secrets or work for their competitor after they leave the company.

These NDA fall into two main categories: the unilateral and the bilateral/ mutual NDAs. You have to define the type of NDA in your free Connecticut non-disclosure agreement form.

Unilateral NDAs refer to the contract that involves one party as the only party responsible for keeping the proprietary/ confidential information a secret from third parties. However, the party the party that discloses the information can divulge the secret to third parties, and he or she will not be held liable for violating the terms of the contract.

Bilateral NDAs, on the other hand, presents a situation where both parties are held liable to one another should either party divulge the information they are supposed to keep a secret from a third party. This NDA is commonly used when two people go into business, and they wish to keep the details of the technology or the software a secret from the public domain.

Breach of the NDA

As mentioned above, the party or the individual who violates the terms of the NDA by divulging the information that should not to third parties will be held accountable and punished as per the applicable state and federal laws. If a party is affected, they may seek monetary damages based on the value of the information release, as well as the amount of damage that is brought up against them.

Note that you will have to issue a Cease and Desist letter via the certified mail to stop the guilty party/ releasor from further spreading the information about your company to the public.

The creation of NDAs is as simple or as complicated as the information you wish to shelf for the protection of your business. So, once you have your non-disclosure form, you must establish the information you consider confidential. The free non-disclosure form in Connecticut must have the time-period which the information will remain confidential and then, you have to call in all the parties to the NDA and have them sign the document together. If the matters of the NDA are deemed too serious, then you might want to sign the document in the presence of the notary public. By signing the document at the notary public, the notary guarantees the authorization and authentication of the document.

Keep in mind that you could also use the NDA to protect your intellectual property.

Ensure that the document you use as an NDA is fully compliant with Chapter 625 of Connecticut's Uniform Trade Secrets Act.

Other than NDAs, you may have to prepare a confidentiality agreement in Connecticut if you want to create a document that binds you and another person from sharing or profiting from some confidential agreement. It is a legally binding document usually issued to an employee or even a contract as a guarantee that proprietary information or trade secrets of the company will remain private.

It is, in many ways, another form of a non-disclosure document.

Non-compete agreements also called the covenants against competition, and in other cases, restrictive covenants refer to the employment contracts that are used by employers to limit the ability of an employee to compete with the employer by trading business secrets or stealing customers.

They are effective against competition as well as forms of solicitation and employees may also have to sign non-solicitation agreements. For their effectiveness, the document should strike a balance between the protection of the employer's legal business interests from unfair competition with the rights of the employee to work in the field he or she is trained in.

A year-long worldwide restriction to a salesperson selling 'interconnect products' in indirect or direct competition with a former employer or a 100-mile radius restriction on a recruiter in the insurance industry.

What happens in the event of breaches of the non-compete covenant?

In case of a breach, damages include injunctive relief, disgorgement of profits, actual losses, punitive/ multiple damages, and attorney fees.

Do you live in Hartford, Stamford, Bridgeport, New Haven, Waterbury, Norwalk, Danbury, or any other city in Connecticut and looking for help with NDAs? How about you download our free non-disclosure form online and at no cost today? 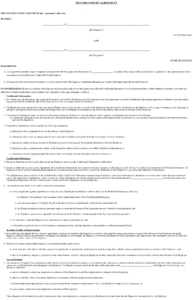 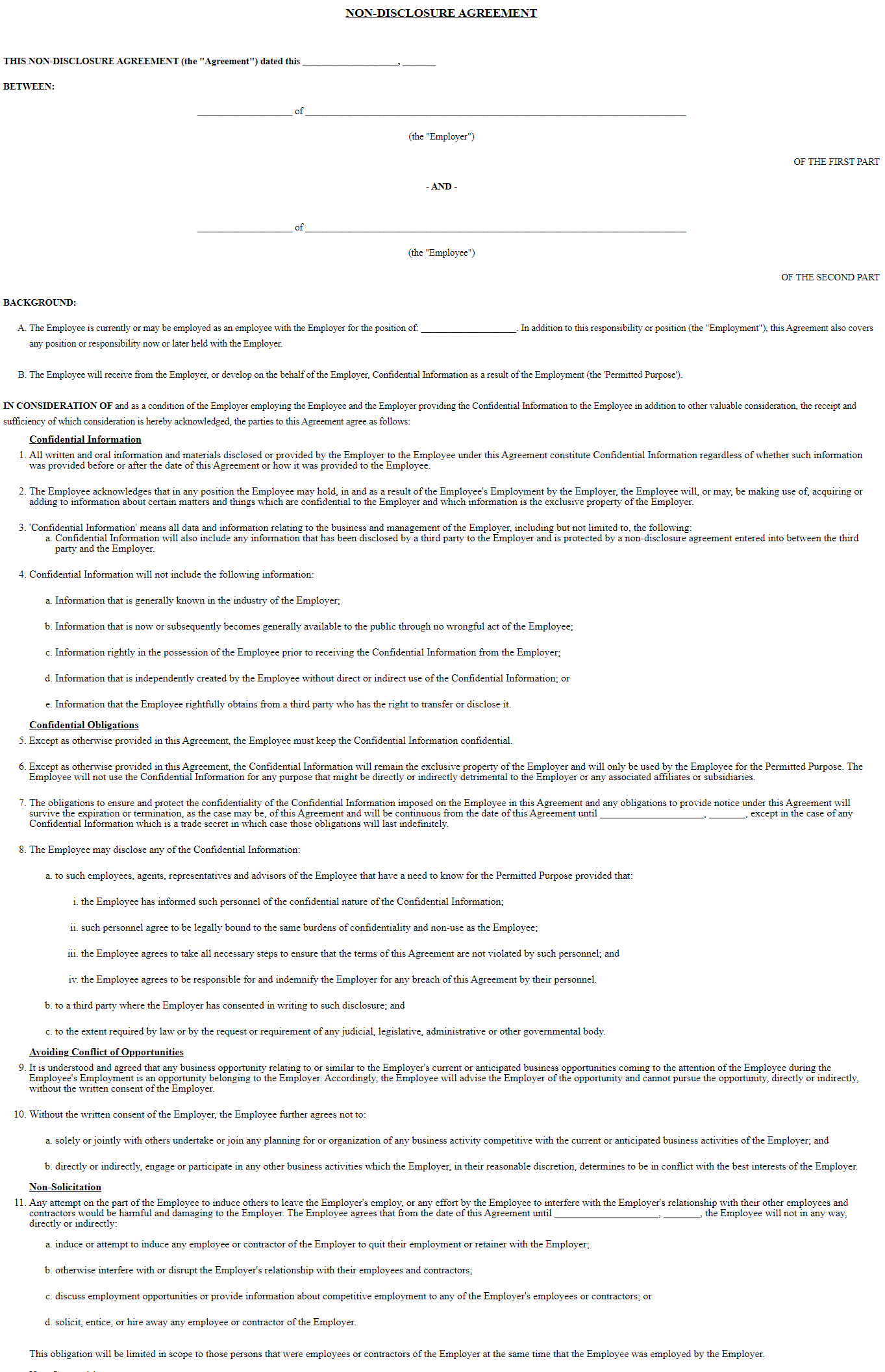