Basics of the Non-Disclosure Agreement in California

If you are looking for a waterproof strategy that will ensure the protection of your most valuable trade secrets including your intellectual property, you must involve your legal team in drafting the right documents. One of the documents you might want to create is an NDA (non-disclosure agreement).

An NDA refers to a legal document, and it refers to the same document as the (CA) confidentiality agreement in California. What this document does is to protect your company's most valuable secrets and information from being used by your competition, actual or potential. It means, therefore, that the NDA or the CA will ensure that one or even both parties that enter into the agreement by signing the contract do not reveal the protected/ confidential business information, or even the unpermitted use of the information.

Does your company need an NDA?

While this is not a document used by all companies, it's becoming increasingly common for corporates to use the contract, especially when engaging with external parties and where they need the outsiders to keep their mouths shut about the business' trade secrets. An example that permits the use of the NDA is when trying to keep under wraps the details of a prospective sale or merging, as well as recruitment discussions with independent contractors, consultants, and other high-level employees.

The biggest driving force in the creation and signing of the documents is the frequent movement of employees between companies.

This brings us to the creation of NDAs and the circumstances that make it necessary to draft and then sign and date the NDA.

To create the document, you first have to download a free California non-disclosure agreement then, indicate what you need to keep confidential and why. Once you've outlined these details, all the parties to the contract must sign the document.

The signed non-disclosure form must be as per the requirements of the California Uniform Trade Secrets Act outlines in section (§ 3426 – 3426.11) of the state laws. In the document, you have to give specifics on the dissemination of information relating to your business secrets, possible penalties if the contract is breached, as well as the definition of the terms that apply to the contract/ covenant.

Keep in mind that the main reason for the creation of the contract is to prevent the theft of Trade Procedures or Secrets between any two or even more parties entering into a professional agreement. Using an NDA or a CA, you can establish a reliable guideline for an entity's unique behavior which you can supply then solidify the terms of the contract the beginning of the business relationship.

What this means is that the contract could offer protection for every participant from any misunderstandings or intolerable discretions about the information to be shared between the parties by making them obligated to meet the confidentiality demands of the contract.

Once the document is signed and dated, the local, state and the federal courts will have to enforce the contract.

What are trade secrets?

Your free non-disclosure agreement in California could be unilateral or bilateral (mutual).

Under the unilateral confidential contracts, only one party signing the agreement will agree not to divulge specific information. The non-signing party is the one that seeks to keep the information confidential. On the other hand, the bilateral NDAs are the ones where the involved parties have private information that they both have to protect. The bilateral agreements are common in joint ventures and partnerships.

The NDA provides a reliable, actionable contract that comes in handy in the event of litigation.

The difference between the NDA and a non-compete agreement

Heard of non-competes but not sure what it does?

Well, a non-compete if a legal instrument that restricts your employees from disclosing company secrets to your competitors or using the information about your business to set a company that competes against you. Besides restraining employees from trading the secrets that could put you at a competitive disadvantage, the non-compete document prevents the employees in question from working for the competition or any trade related to yours.

Therefore, the non-compete agreement, once signed and dated, is more restrictive than the NDA. However, for a non-compete to be enforced by the court of law, it must be reasonable.

Would you like to create an NDA in San Francisco, Sacramento, Los Angeles, Fresco, San Diego, San Jose, or any other city in California? Use our free non-disclosure forms easily downloadable at no extra cost. 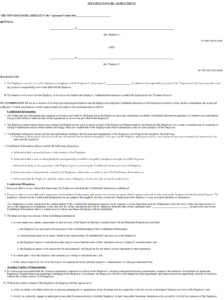 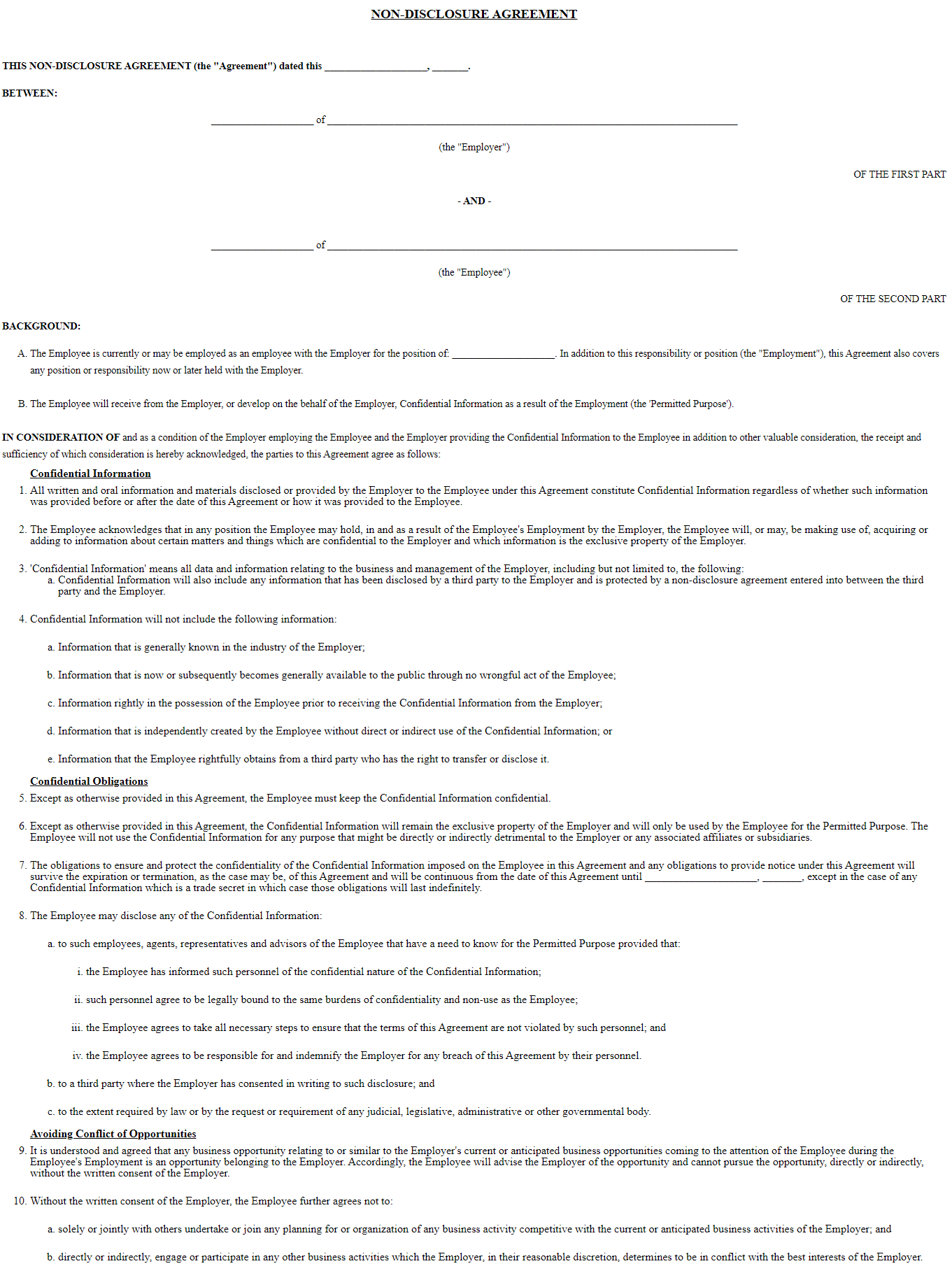