Although this is a term that is thrown around without much thought, a trade secret is the kind of information that gives a company its actual or potential economic advantage because it is unknown to the public or competitors.

The information could be in the form of a program, a process, compilation, method, pattern, formula, or technique that needs to be kept private for the success of a company; in the eyes of the law, it makes sense to take such measures like signing NDAs to protect the information.

Common uses or forms of the NDA

The NDA is also used commonly by employers when they want to protect trade secrets and also companies planning to go through takeovers or mergers. It could also be used by companies going into partnerships or the ones starting a joint venture. Once signed, the document creates a binding or a contractual relationship between the parties involved. You should, however, know that the NDA will not be enforceable if the activities protected in the NDA are felonies.

Now that you know how these contracts are used, it is important for us to look at the how to create the NDA. Unlike simple agreements for sales, asking someone to keep their mouth shut about a trade secret even after they no longer work for you will require a higher degree of professionalism.

First, you need to ensure that the document comes in the right format. For that, you have to download a free Rhode Island non-disclosure agreement form then fill it out while ensuring that it has all the clauses needed to protect your information.

Bilateral NDA - this legally binding contract is also called a mutual or a 2-Way NDA. It is a binding contract created between two parties that wish to exchange trade secrets but at the same time ensure that neither party discloses the trade secret of the other. It protects you from further disclosure hence its commonality in joint ventures or mergers. In the real world, bilateral NDAs are used more often than the unilateral NDAs, because the unilateral NDA will often put all the blame on the receiving party in the event of a breach. The bilateral contract holds both parties liable, and it is regarded as fair and also balanced.

There is also a third type of NDA, the multilateral agreement. It's uncommon but comes in handy when three or more parties are required to maintain secrecy over confidential information. By using a multilateral NDA, you eliminate the need for separate unilateral or bilateral contracts.

What do you need to make the NDA enforceable?

Using your free non-disclosure agreement in Rhode Island, you will be able to effectuate the authority needed to protect the sensitive information that gives your company its competitiveness. Some of the critical elements of the NDA include:

Time period: this is in the terms and the conditions of the contract. It is important to indicate how long the NDA is binding and where it could be used. In the terms and conditions, it's also important to indicate the jurisdiction where the law and the NDA are legally binding. Keep in mind the time during which the information is to remain confidential should be reasonable for the enforcement of the NDA.

Among other restrictions, the non-compete will forbid an employee from working for the competition for some months up to 5 years after they leave employment. Also, the employee cannot set up a competing practice within a specific geographical radius and for a specific duration.

The court decides if the terms agreed upon are reasonable or not. While the court determines the reasonableness of the contract, you need to make sure that the contract strikes a balance between the protection of a business' legitimate interests and the employee's ability to get gainful employment in the area they have trained.

Initial or an offer of continued employment is yet to be lawfully regarded as sufficient consideration statewide.

Looking for an NDA form in Cranston, Warwick, Newport, Providence, Narragansett, Westerly, Bristol, Middletown, Coventry, or any other city in Rhode Island State? Perhaps you should consider our non-disclosure agreement forms available at no cost. 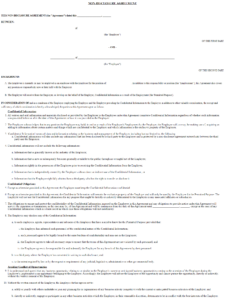 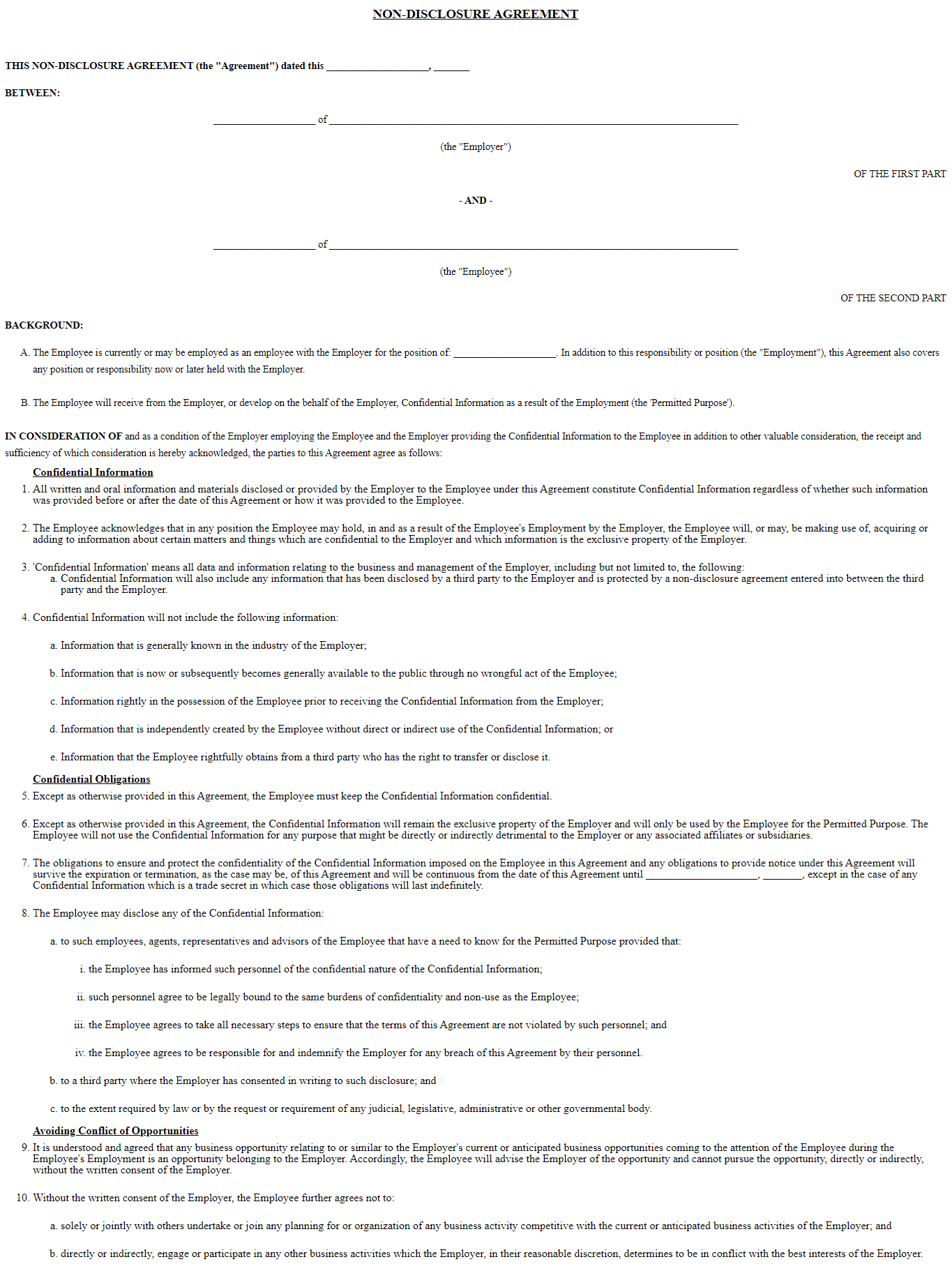