THIS NON-DISCLOSURE AGREEMENT (the "Agreement") dated this 26th day of October, 2021

The Elements of the Non-Disclosure Agreement in Wyoming

A confidentiality agreement in Wyoming, also called a non-disclosure agreement refers to a legally binding contract drawn by parties wishing to protect their company's or individual confidential information because of the value of the information.

The protection of the information regarded as confidential is important because an unpermitted disclosure could mean the loss of a company's competitive advantage and a significant loss in profits.

In other cases, the disclosure of the information could result in a tarnished public image or the loss of patent rights. While it is impossible to get back to where one was before a breach, enforcing an NDA ensures that the guilty party pays for the damages caused.

Considering the weight that is carried by the NDA, it is important for you to download a free Wyoming non-disclosure form online then ensure that it has all the necessary information within its scope. The NDA form gives you a general idea of what should be in the NDA, but it is up to you to make it befitting for your circumstances.

So, what are the elements to be included in the NDA?

The parties involved: the NDA must name the disclosing party- the party that wants the other person/ company to protect the information. The disclosing party has authorship rights of the NDA. The other party is the receiving party or the recipient. The recipient signs the NDA to show that he or she accepts the responsibility to protect the trade secrets or proprietary information. For the free non-disclosure agreement in Wyoming to be legally binding, it should be signed and dated by the disclosing and the receiving party.

Duration: the receiving party is expected to protect the confidential information from the effective date (date they sign the NDA) until the contract expires or after the disclosing party informs them that they don't need to protect the information anymore. In some cases, the protection of the trade secrets and proprietary information by the third party ends when a specific amount of time passes.

Jurisdiction: this shows where the powers of the NDA apply. Often, the NDA will apply to a specific state. While NDAs are regarded as less restrictive, incorporation of non-compete and non-solicitation clauses or agreements make the contracts more restrictive; this affects the jurisdiction of enforcement.

To stop an employee from using your trade secrets and customer lists to get ahead and compete against you after they leave your employment, you need to enforce a non-compete agreement. It is a time and geographically restricting contract that ensures the protection of your legitimate business interest while upholding the employee's rights to work within a field they're trained.

Time and geographical restrictions matter a lot in the enforcement of such contracts because the courts will not validate a non-compete that causes hardship or affects the general public. The court will also determine if the employee's actions have been out of good faith, as well as the territory the non-compete is to be enforced.

Get started with our free non-disclosure agreement forms available in Jackson, Cody, Laramie, Casper, Cheyenne, Sheridan, Gillette, Evanston, Rawlins, or any other city in Wyoming. 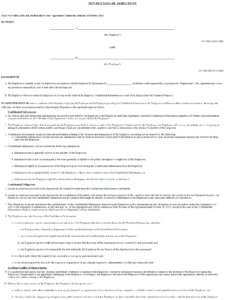 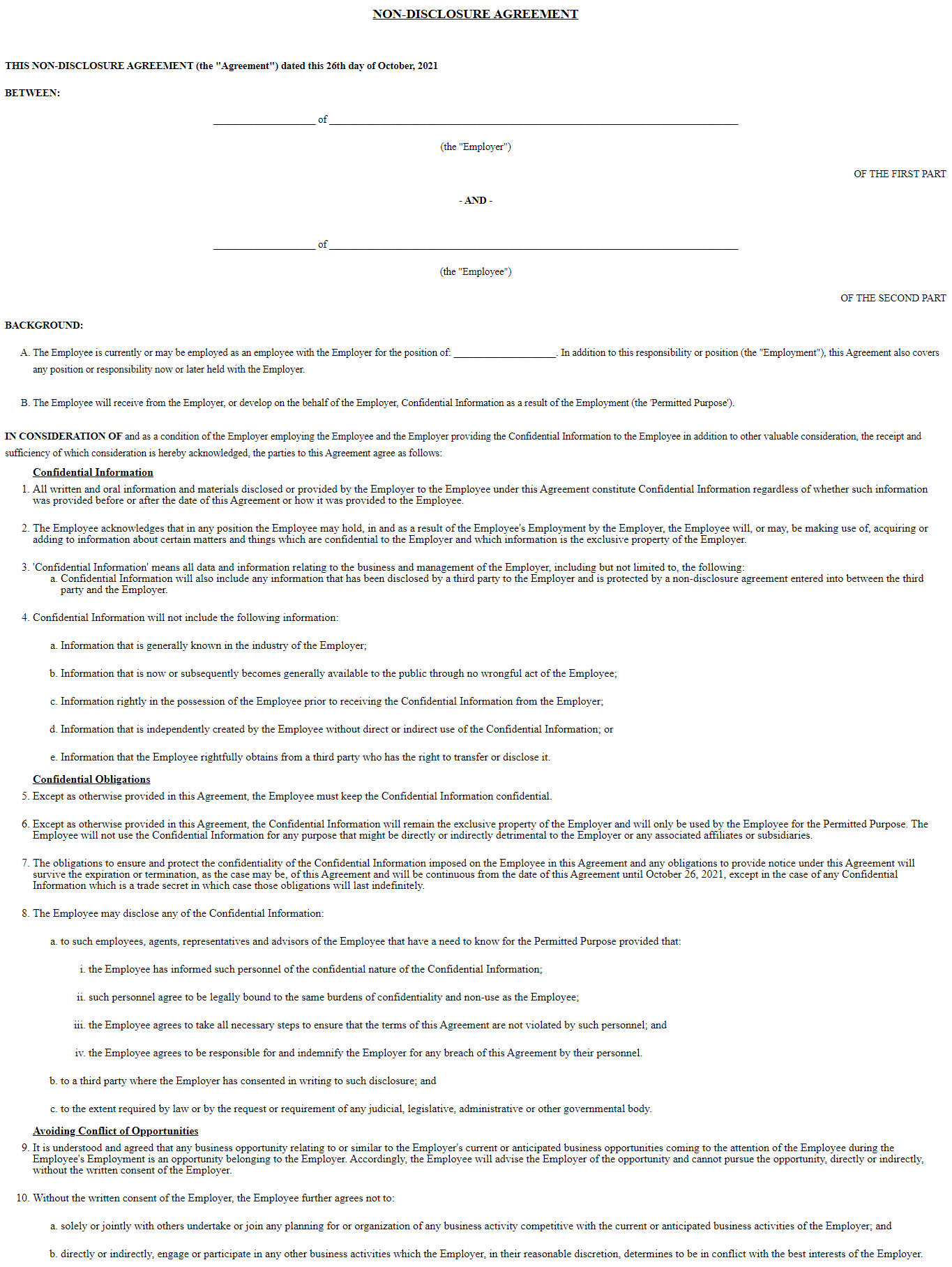