How Can Marital Separation Agreement In Maryland Help?

No one marries for a divorce! If you had started as a dream marriage, but now the things are turning out to be challenging, and you don’t want to hurt each other, then the Marital Separation Agreement is the way ahead. It is a written contract that settles the problems of child custody and spousal support by dividing the marital property and giving the rights.

The couples can go for it, before or after filing for a divorce and even while you are living together. There is no need to execute the marital separation agreement, and you don’t have to file it in the court for the separation to be effective.

The agreement gives the specific details of the visitations, child support payments as applicable in the law of Maryland. Spousal support, property division, health insurance and numerous other details are part of it.

Reason to Enter the Agreement

The couples who are sure about not living together in the future get into a separation in Maryland agreement, and they eventually file for a divorce. Having an agreement in place take makes the divorce easy as things are already sorted out between the couple. With an agreement in place, you can remain assured that you have an uncontested divorce.

The agreement gives a direction to the separation and helps the court with critical evidence on the day of the separation. Hence the agreement clears the doubt about the ending of the marital relationship. It can easily be created at Forms. Legal.

However, if you don’t have any marital property, or joint debts, or kids, there is no need for a marital separation agreement. You can opt for a no-fault divorce!

When you provide the vital details to complete the marital separation agreement, it will take care of:

The other party can sue under the contract law to enforce the contract obligation. In this way, the spouse can obtain the money judgment for the owed amount and get it collected. But for this, the separation agreement, to survive as a separate contract even if the court modifies the judgment.

As the martial separation agreement is a legal document, it binds you for many years. It determines the obligations, rights, and responsibilities from the marriage. If the separating couple wants any changes, the agreement can be amended to accommodate the changes.

Legal separation through the Marital Separation Agreement in Maryland leads to an uncontested divorce. In it, all the parties agree on all issues. 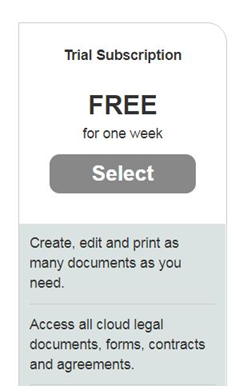 You can create the separation agreement in Maryland by providing the details in a step-by-step manner. Sign up now for a trial subscription and get free access to various legal forms now!