THE STATE OF TEXAS

THE STATE OF TEXAS

At some point, the flame dies out, and maybe the fire (love) turns cold – it may need rekindling or not. While you may know the reason for the unexpected turn of events despite being considered “couple goals,” and at some point, you may decide to take things in a different direction. But, is divorce your only option? What happens when you are not ready to end your marriage? What happens when you need a break from each other – perhaps to figure things out – and you need a written document to show what you are agreeing on while apart, especially before filing for divorce? For some people, a legal separation is an option. But, this option won’t bite in this state. Like many other states, recognize legal separation in Texas is not legally recognized. On the bright side and while you require confirmation from the courthouse or county, the state largely recognizes marital separation agreements and contracts. A marital separation agreement, property settlement contract or a marital and property separation agreement refers to a legally binding contract. This contract divides property, spells out the rights of either party, and it settles matters like spousal support and child custody. While the MSA is often a prerequisite for filing divorce documents, this is not a requirement cast on stone, and so, the separation contract papers could be drawn before or even filing for a dissolution of marriage. The other thing you may not know is that you may have an MSA drawn while living together! In the initial execution steps, filing the Texas marital separation agreement in court is unnecessary. All you need to do is to resolve whether or not the contract should survive a divorce judgment as a separate contract (and temporary) or if you want it merged into the divorce judgment allowing for a modification that mirrors a court order.

When not ready for divorce: if you and your spouse are having issues and not ready to be divorcees but wishing to live apart temporarily, a marital separation agreement in Texas will come in handy. The contract indicates that the couple has decided to live independent of each other. It also lets them divide financial responsibilities and family matters while separated. When divorce is not an option: for some, the idea of divorce doesn’t align with their beliefs or values. Even when a marriage is not working, such a couple chooses to remain married in name only for the rest of their lives, and they live apart permanently. The other reason why some couples live this way is for tax or even insurance purposes. When a couple decides to divorce and know how they wish to divide their assets, properties, assets, and responsibilities for kids (if any). Instead of filing a divorce and letting the court decide what goes where and who does what, a couple may create a marital separation contract to address the division of elements in their lives. This separation contract will be submitted to the court as part of the divorce decree. Note that the MSA doesn’t matter when dealing with issues like child custody and visitation: these issues often undergo several layers of modification until children reach the age of 18. If the situation changes, the court will modify the terms of the agreement, now a court order.

For couples without marital property, children, or debts, a marital separation contract is unnecessary for a no-fault divorce. But, if you need something for the future governance of the relationship or the provision of evidence on the day of your separation to the court, you’ll need the MSA. This document ensures that there are no doubts pertaining to the details of events coming to the end of your marital relationship. Note: your decisions do not affect asset distribution, and the court will not modify the terms of asset distribution.

When do Marital Separation Agreements Matter?

If you choose to merge this agreement into your divorce judgment, the court may have to modify the child support in the contract upwards or downwards depending on the prevailing circumstances. But, when the agreement survives the court’s judgment, then the standard for an upward adjustment to the contract is an unanticipated or unforeseen change in circumstances. Note that requests for downward adjustment of child support are difficult to prove.

The court may, in future, modify the amount and the duration of the alimony if there is a change in circumstances, but only if you stipulate in advance the need to merge the agreement with the divorce decree. However, the contract will not undergo modification if it survives the court’s judgment.

For a marital separation contract that survives the court’s judgment as a separate contract, the other party still holds the right to sue under contract law for the enforcement of a contract obligation and they can obtain a money judgment for what is owed, despite modification by the court. The suing party has the right to seek and collect the money judgment after suing. On the other hand, if the separation contract is merged with the divorce decree and modified, then the payer cannot sue separately for the enforcement of the contract. This is because at this time there is no surviving marital separation contract.

How long is the MSA Legally Binding in Texas?

This is a document that will bind you for years determining your obligations, rights, and responsibilities from marriage. If you consent, you and your spouse may amend the terms of the agreement; otherwise, the court amends it. The only exception to the court’s modification is where the contract states that it is not subject to modification. Over and above the conditions of the contract, the court will modify the contract when matters about care and custody of minor children crop up. 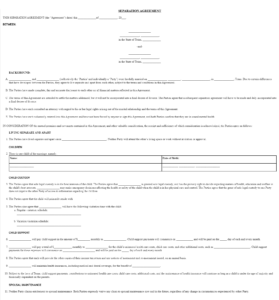 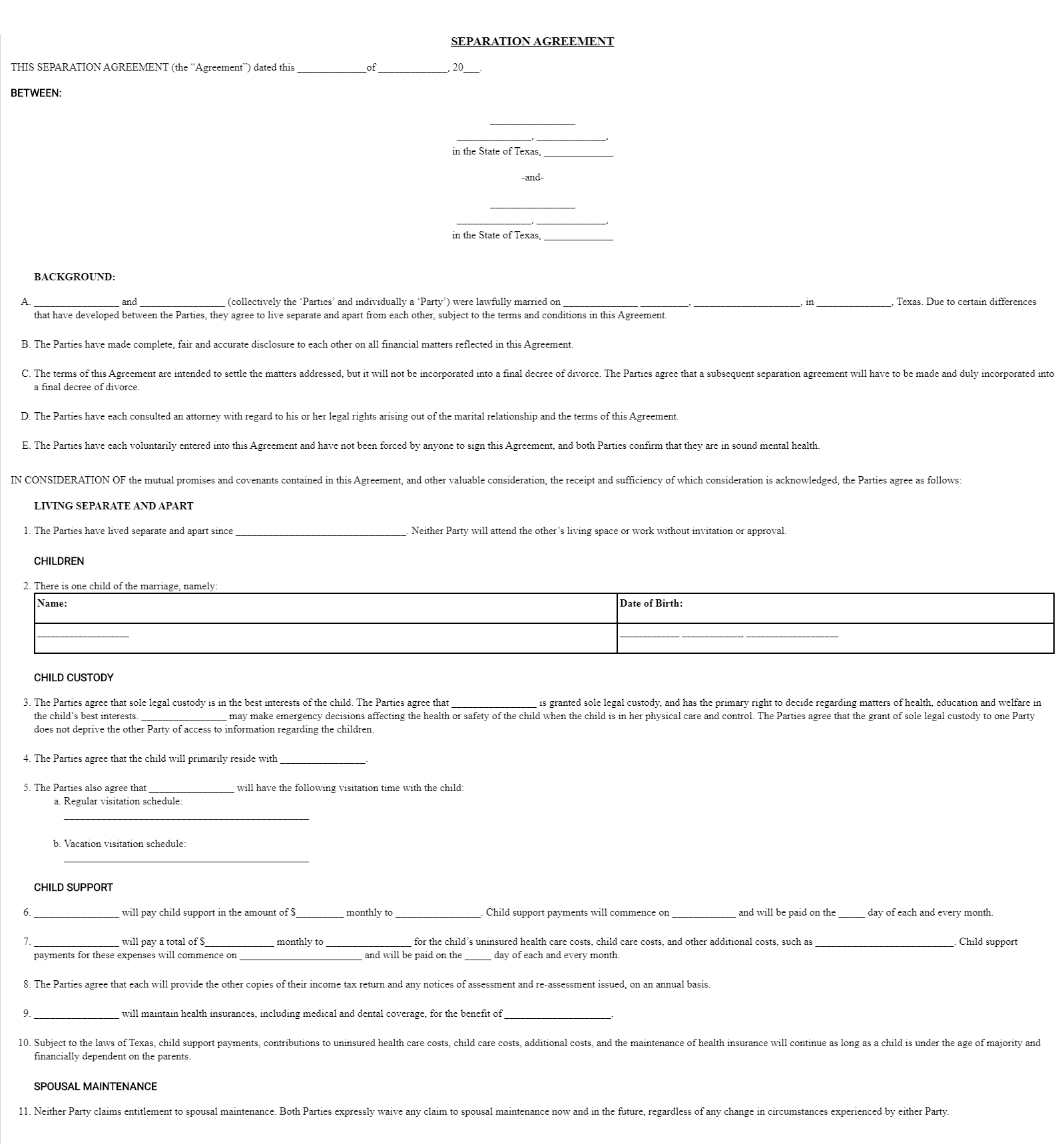