How To Divide Debts While Getting Legally Separated?

About 40-50 % of US marriages end in a divorce.
-American Psychological Association

While the statistics may have changed slightly, but the fact is that many marriages still end in separation and divorce. There is a long-list of issues to be dealt with. The debt incurred during the separation has to be taken care of. Ideally, both spouses take the onus of debt that they have created and those which are in their name. But the most legal separation of Indiana aren’t ideal.

How Debt Will Be Distributed Legally?

The debts taken during the marriage may not be divided according to which spouse incurred the debt. Instead, both spouses may be equally responsible for debts that the only spouse had taken.

Indiana is an equitable distribution state. It means that the court is going to order about the debt responsibility based on who incurred it.

Usually, the debt belongs to the ex-spouse, whose name is on it. It means each spouse will have to take care of its debt.

No matter how the court divides the debt, the bank expects you to pay the debts in your name. The credit card or loan agreement isn’t affected by the separation agreement for the bank. Division of debt creates a problem when a spouse has been ordered to make payments on the debts, which is not their name or which is held jointly.

For instance, your ex-spouse is responsible for making the payment on the credit card, which is in your name. When the ex-spouse stops making payments for it or in joint accounts, it will affect your credit scores.

You can take legal action against the spouse who isn’t abiding by the court order to make the payments on the account. But by the time court gives an order, the credit would have taken the hit.

Work-Out Debt Issues before Getting Separated

You should try to get the debt in the name of the spouse who is responsible before the debt is distributed. Although it is not easy, both of you need to work together to settle the debt which belongs to each spouse.

Credit card debts can be sorted by transferring the balance with other loans. However, mortgages and car loans are complicated, and they need to be refinanced into the name of the person using who will keep the asset.

Once the separation is done, the lender may allow you to remove the name from the loan and replace it with the name of the ex-spouse.

How Could Bankruptcy of Spouse Affect You?

Your ex-spouse may file bankruptcy if he or she is unable to manage the debt and other financial obligations at the same time. But it is not going to protect you until you file as well.

When your ex-spouse files for bankruptcy to not pay for joint debts, they are not erased in the bankruptcy court. Instead, bankruptcy frees him or her from the liabilities of debt. The creditors are going to pursue the other debtor to recover the full amount of debt.

Guard Yourself against Future Debts

You should not leave any joint accounts open after separation. For instance, a credit card or line of credit which is left open can prove costly. The ex-spouse can transfer balances from their accounts to the one held jointly. Else, he or she can exhaust the balances leaving you to pay for the purchases. 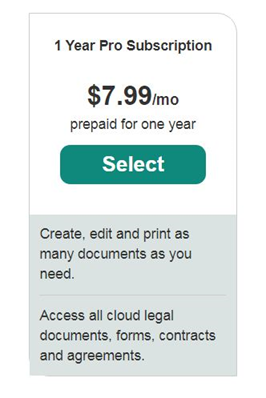 You can create an online agreement for legal separation in Indiana, which will address other issues besides dividing the debts. Sign up and get the trial subscription free for a week. However, if you need more time, Pro Subscription would be the best!