Many services and activities we engage in are accompanied by inherent risks. As such, you’ve likely signed a liability waiver at some point. These releases are meant to protect individuals and organizations from legal liability if an injury or other damages occur.

There are particular laws regarding liability and liability releases in North Carolina, though, which every resident should understand before preparing or signing one. On the surface, liability release forms relinquish the signer’s rights to file a legal claim. Their purpose is to protect the assets and property of the entity requiring the waiver.

Who are the Parties to a North Carolina Liability Waiver?

There are typically at least two parties in a liability waiver. The individual who waives their rights by signing is called the “releasor.” The entity that requires the waiver to be signed is the “releasee.” The releasee may require signing the form before providing services.

For instance, a skydiving company may require clients to sign a North Carolina liability waiver prior to jumping. There are also situations in which more than two entities might be party to a release. The waiver could include language that covers “all other persons or entities” involved.

Regardless of who is party to the release, certain stipulations must be met for the waiver to be enforceable:

Additionally, courts strictly construe North Carolina liability waivers. This means if a contract’s language doesn't specifically release an entity from liability, then liability may exist. Releases can also become void if the releasee engaged in acts that make enforcement “unconscionable.”

All these issues make it very clear that release forms in North Carolina must meet specific requirements. That is why you should always use professional, legally binding forms such as those available on Forms.legal rather than attempting to create one on your own. A simple oversight can render a liability waiver unenforceable.

Liability waivers may seem like something that only businesses use when their services contain risk. In reality, such release forms can cover a variety of activities and situations. The following list is not exhaustive, but it shows just how complex North Carolina release forms can be.

This is the type of release form most people envision when they think about liability waivers. These forms release service providers from liability arising from inherently risky activities. The following activities typically require the signing of such waivers:

With an appropriately crafted North Carolina liability waiver, a business can garner added protection if a customer suffers injuries while engaged in such activities. Individual citizens can also require releases to protect themselves. Allowing friends to hunt on private property is an example of one such situation.

Not all release forms are meant to provide liability from physical harm, and not all of these forms protect just one party. Mutual release forms require both parties to relinquish some rights. This is a typical agreement between business associates who want to protect their personal assets.

If you’re a parent, or if you remember your childhood field trips, you may recall signing or your parents signing release forms for out-of-school activities. These types of waivers are typically personal injury releases. They protect the releasor if an unexpected injury occurs due to common negligence.

Concert organizers, venues, vendors and similar entities may place North Carolina liability waivers directly on their tickets or receipts. These typically use language like, “By purchasing this ticket, you agree…” These provide liability from damages that may occur at their venue or through a service provided therein.

Some services create a risk of property damage. Dry cleaners and computer repair shops are conventional examples, as are in-home service providers such as plumbers or electricians. If damage to a person’s property occurs through the normal provision of services, a North Carolina liability waiver may protect the service provider.

When creating a release form, it’s essential to know whether any exceptions exist. This is the case under North Carolina law. The state Supreme Court has held that such releases are unenforceable if the releasee falls into one of the following categories:

It’s also important to note that courts have yet to rule on whether North Carolina liability waivers protect against gross negligence. This means it’s crucial that any release form is carefully crafted to protect against potential liability issues.

Forms.legal is committed to helping you avoid such problems. From the Atlantic Coast to the Appalachian Mountains, from Asheville to Charlotte and Fayetteville to Wilmington, North Carolina residents can easily create their own North Carolina liability waivers using the forms above. 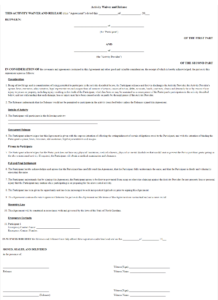 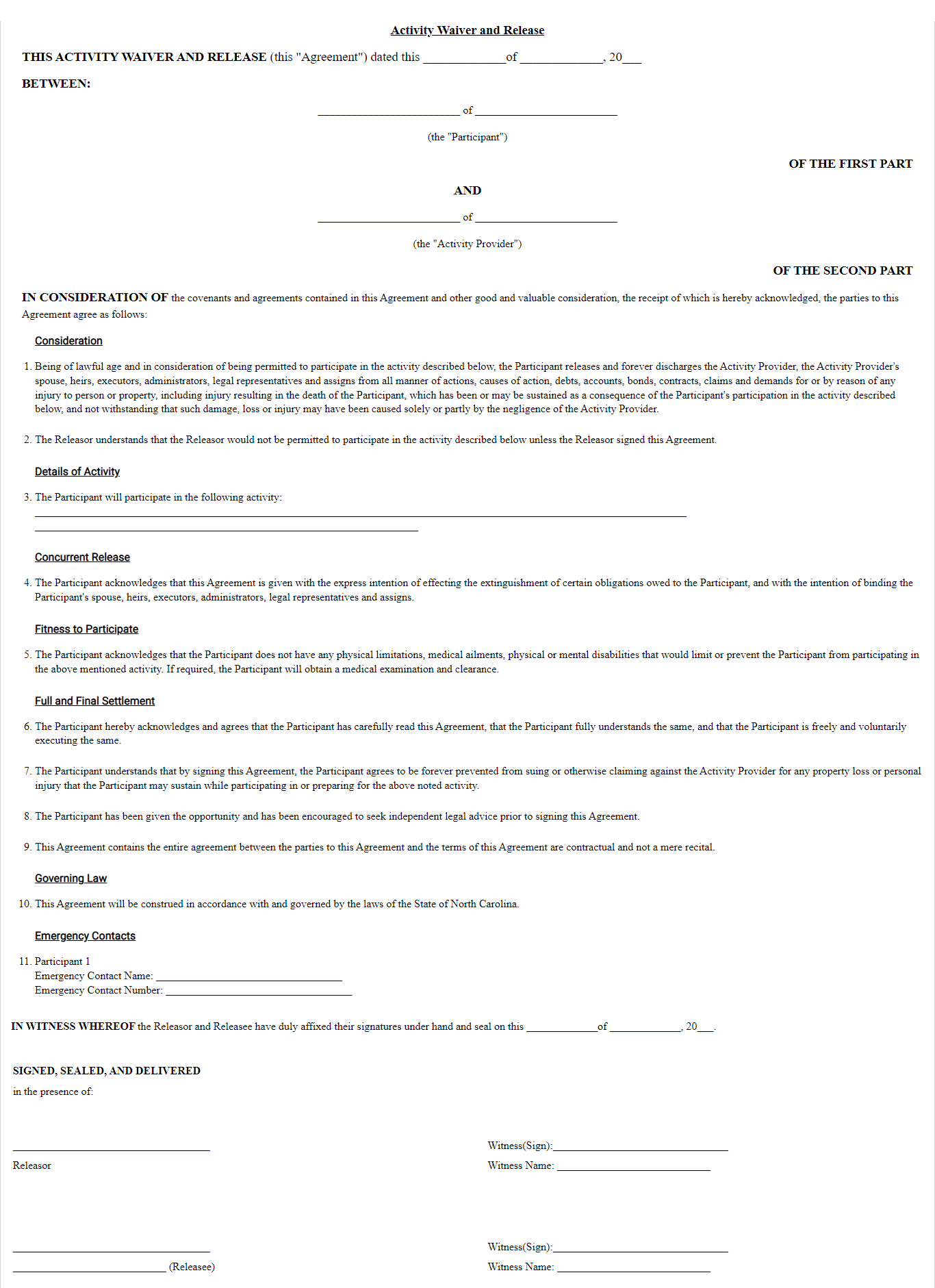