TO PERSON EXECUTING THIS DOCUMENT - THE POWERS YOU GRANT BELOW CEASE TO BE EFFECTIVE SHOULD YOU LOSE CAPACITY.

What is a Louisiana Power of Attorney and How is It Used?

We live in a snappy world where things happen almost as fast as we think of them. This state of affairs brings about opportunities and tragedies in an almost equal measure. Taking things slow could be an option but, it doesn’t work all the time. But, amid all the confusion that comes from living in the fast-paced world, several good things come with it. One of these things is the ability to fill out a form, sign and even notarize it to grant someone else control over your affairs. This happens legally, and all you need is a free power of attorney form in Louisiana.

A power of attorney refers to the legal instrument that gives you the leeway to grant someone else control over your affairs should you be incapacitated and unable to communicate your decision. It’s also referred to as a POA, a letter of attorney or a letter of authority.

In the free Louisiana power of attorney form your fill, you will realize that it refers to you as the principal and individual you grant power to, your agent or attorney-in-fact.

Springing and non-springing powers of attorney

However, powers that are executable as soon as the POA is signed (and notarized) is referred to as the non-springing powers of attorney.

So, which are the other types of POA in the state of Louisiana?

The durable POA refers to the document that authorizes another to make health care decisions on behalf of the principal, only if the principal is incapacitated, disabled and totally out of control of their physical and mental faculties. The DPOA ensures that even when you’re unconscious, your loved ones act as per your wishes.

The DPOA is created as per the provisions of the Louisiana statutes, section 40:1299.58.1 et seq. of the revised statutes on the use of Life-supporting procedures.

The agent can authorize or decline authority for medical interventions and treatments. The medical interventions to decide on include hydration and nutrition procedures. Since these procedures aim to prolong a patient’s dying process, you get to decide whether or not an agent authorizes the procedures. However, the DPOA doesn’t give an agent power to refuse consent for the physicians to take on measures to make the patient comfortable.

Legal Requirements for the DPOA

The durable POA declaration must be performed as per the requirements of 40:1299.58.1 et seq. under the Revised Louisiana statutes for declarations for life-supporting procedures.

The document is only executable if it dictates that the POA declaration is only effective if the principal is comatose, diagnosed with an irreversible or terminal condition, or if they are incompetent and physically and mentally unable to communicate their wishes.

Legal Requirements for the revocation of the DPOA

For interstate validity, the DPOA from a different state should be in line with Louisiana statutes.

If an attending physician is unwilling to follow the DPOA directives, they should attempt to transfer the patient to another medical facility or attending physician. But, a doctor acting in good faith isn’t held liable (professionally, civilly, and criminally).

The limited POA is used when a principal wishes to transfer specific powers to their names agent. The agent cannot act out of the bounds of the POA directives. The directives are only executable by the appointed agent if the principal is unable to handle the matters on their own or if they are unavailable.

Once the need arises, the powers granted are effective for as long as possible, and the agent loses their authority upon receipt of written and signed revocation notice from the principal. The principal also needs to send the revocation notice to third parties acting under the DPOA directives.

This is a special POA that grants an agent authority over matters relating to the principal’s bank account. The specific powers are executable only if the principal is unable to act or of unavailable.

Would you like our free online power of attorney form today? Well, whether you live in New Orleans, Baton Rouge, Shreveport, Metairie, Lafayette, Lake Charles, Bossier City, Kenner or any other city of Louisiana, we shall process your form promptly. Fill out the form above to get started. 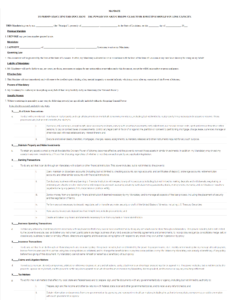 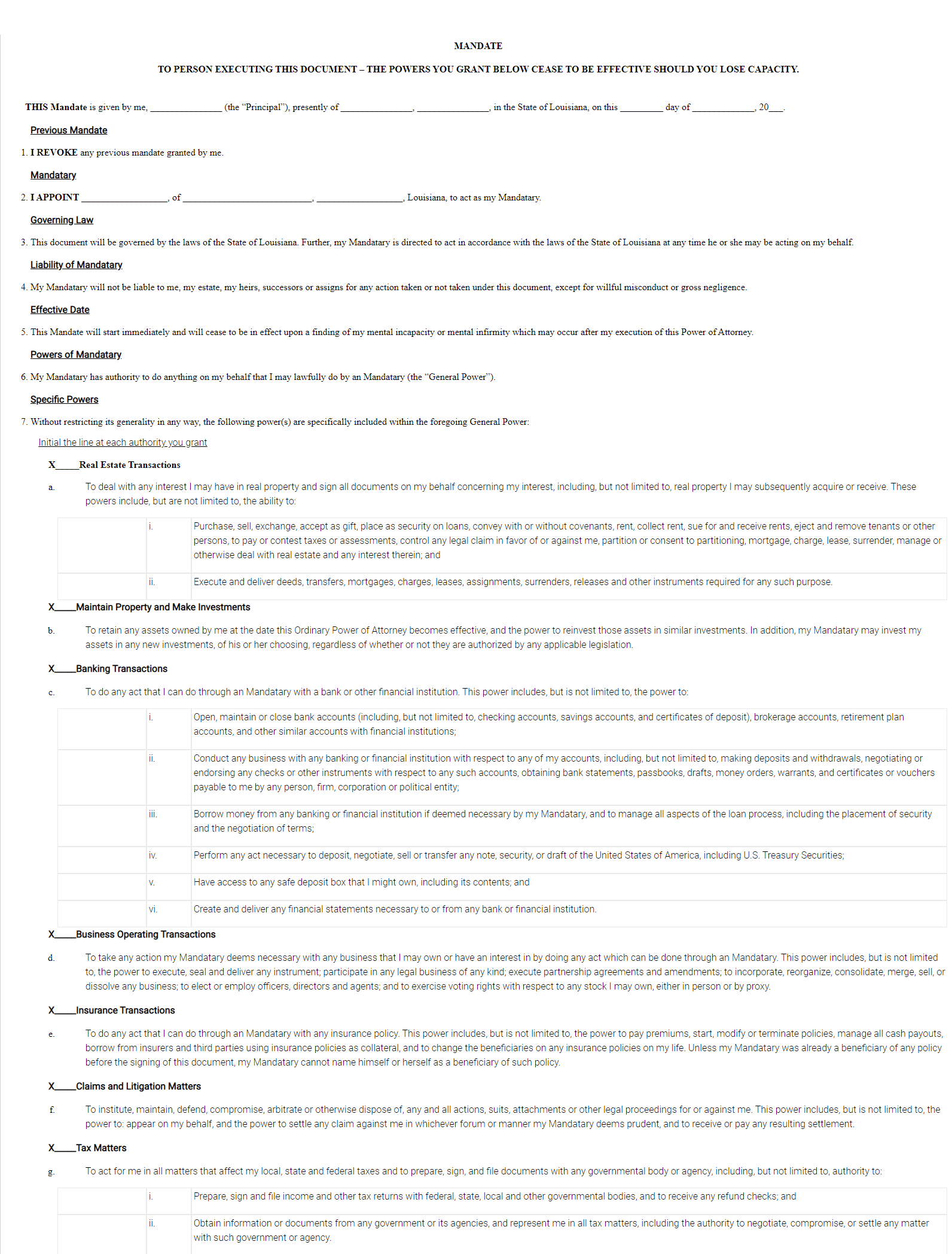