THE STATE OF NEW JERSEY

THE STATE OF NEW JERSEY

Legality of Separations in New Jersey

Sometimes, it is easy to tell when a marriage is at its tail end. However, having worked hard to get where why are, most couples (often one party) choose to fight for their marriages with everything they have. Some marriages cannot be salvaged though!

For some marriages, a legal separation represents that one card in the back pocket – that card that saves the marriage, or the friendship between husband and wife.

What is a legal separation?

This is a legal judgment that allows married couples to lead separate lives but to remain legally married. While legal separation is recognized in other states, it isn’t recognized formally by the courts in the state of New Jersey.

Even so, couples can legally separate from each other. It is actually simple, you and your spouse can choose to live in different homes. You can then formalize agreements to take of the practical elements like child custody, child support, child visitation rights, asset distribution, and debt distribution, among other elements.

What do legal separations mean in New Jersey?

Since the courts don’t recognize legal separation, it means that spouses are free to move around without the help of the court. Also, the separated couple is still married. You still legally bound and you have joint debt repayments, and support of your children.

A legal separation is viable in New Jersey if you need some physical space, but you want to keep your doors open in case of a possible reconciliation. However, it comes in form of a separation agreement.

If you choose to live separate from each other physically, you can draft an agreement with the help of your attorney. This will stipulate all the terms of your separation. Note that this New Jersey marital separation agreement stays between you, your spouse, and your attorney as it will not be filed with the family law court. It has to be written, signed by both spouses and notarized.

You should remember that although a healthy break may help your marriage, you should not neglect your kids and your financial assets during the separation, even if you are seeing a marriage counselor.

You should be prepared to keep your family afloat. Also, you should consider the emotional and the financial needs of your family.

Note that separation agreements may “freeze” debts and assets preventing either spouse from selling assets of incurring more debt.

The separation agreement should also cover what will happen if the couple doesn’t reconcile during the period of separation.

What happens when separation agreements don’t work, but you don’t want a divorce?

If one spouse is not cooperative in reaching a separation agreement, refuses to pay the agreed support payments, refuses child visitation, or he or she cuts off communication, then either spouse has the right to file a complaint with the Supreme Court of New Jersey seeking child support, custody or visitation, without having to file for a divorce.

If a couple doesn’t want an absolute divorce, they can file for a Divorce from bed and board. This is legally acceptable. It helps resolve child custody, divorce, and visitation rights. It also helps with matters of alimony and division of property, and you do not require a formal divorce decree. This option also works when you have religious reasons against divorce.

Time gap between separation and divorce

You don’t have to be separated from your spouse to file for a divorce, well, unless you want to base your divorce on the fact that you were separated. If that is your reason, then you must have separated for at least 18 months before filing for a divorce.

But, you can still file for a divorce based on Irreconcilable Differences if you cannot wait for the 18 months to elapse.

That said, if you wish to end the disputes and separate easily, you can take the easy road by filling above mentioned steps to get a copy of a sample New Jersey Marital Separation Agreement.

Whether you live in Newark, Jersey City, Paterson, Elizabeth, Edison, Toms River, Clifton, Trenton, Brick Township or any other city of New Jersey, you can use our legal forms easily. 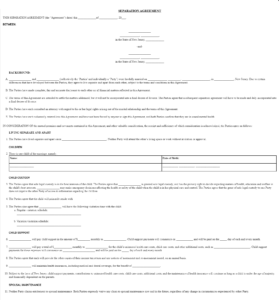 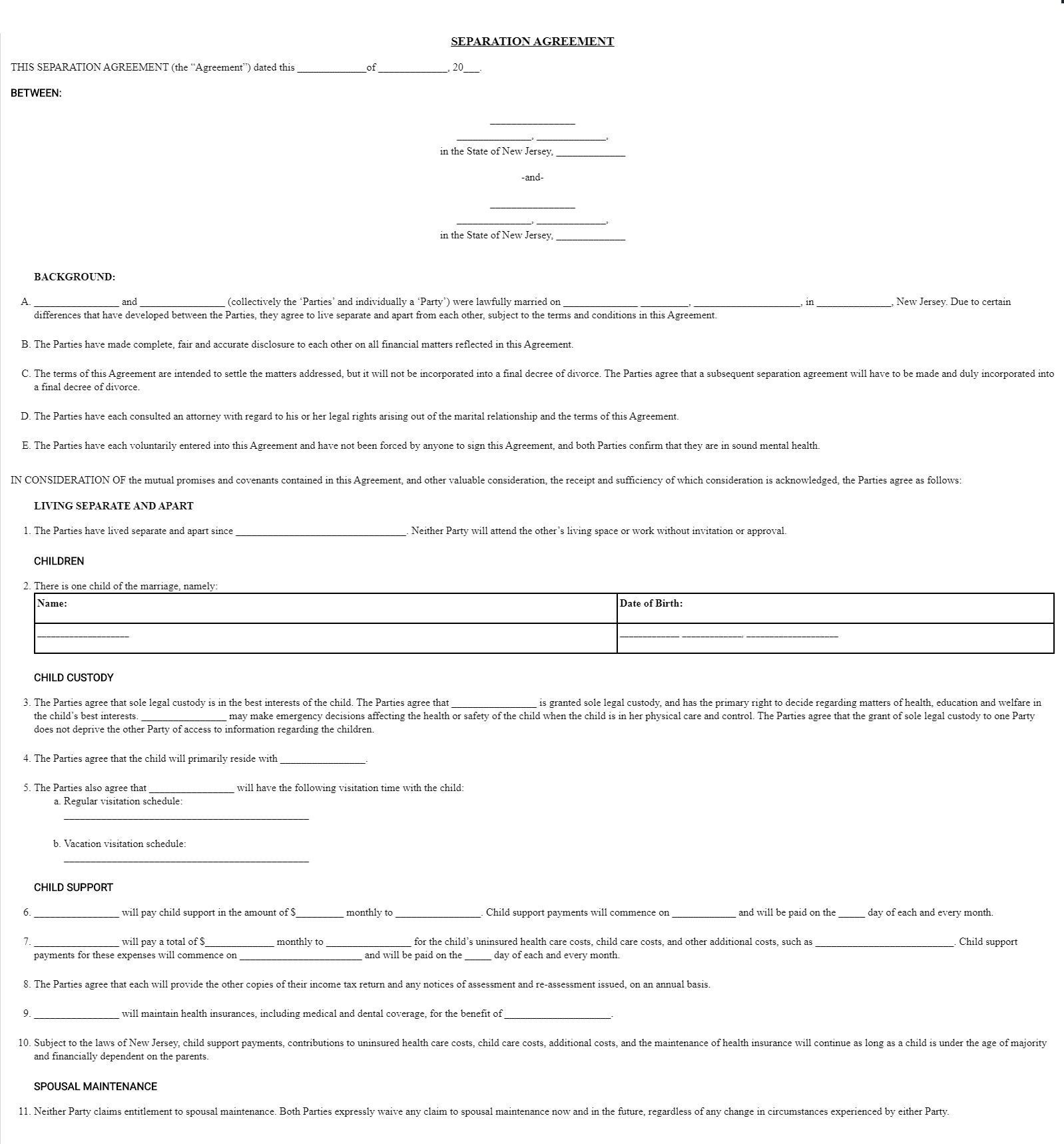