Many services and activities come with an intrinsic amount of risk. When a business or individual offers an opportunity or service that is potentially hazardous, they need to protect themselves legally.

In these situations, release forms are critical. In Ohio, a release form may also be referred to as a “liability waiver” or “exculpatory agreement.” These documents are intended to release one party from liability for potential legal claims in the event of an injury or other damages.

Each state has different regulations regarding liability waivers, and it’s critical to draft release forms in accordance with state laws, otherwise they may not hold up in court. In Ohio, these documents must contain clear language and specify the potentially injurious or otherwise damaging activity or service.

Liability waivers are most often used by businesses that offer services with inherent risk for injury. These release forms shield companies from potential legal action if a customer suffers harm while engaging in the service or activity outlined in the document.

While Ohio liability waivers can provide substantial and broad protections, they do not cover every circumstance. For example, release forms will not protect an individual or organization from damages that arise due to gross negligence or intentionally reckless behavior.

They may also be unenforceable if there is a pre-existing relationship between the parties involved, such as an employer-employee relationship.

Most liability waivers involve at least two parties. These parties are known as the “releasor” and the “releasee,” respectively.

The releasor is the person who signs the waiver. The releasor forfeits their right to pursue legal action in the event of injury or property damage while engaging in the specified activity or service.

Liability waivers are used by a variety of businesses for equally diverse situations. Common classifications of release forms in Ohio include:

These waivers are often used by businesses whose services involve an increased level of risk. Activity release forms protect the entity from legal liability if a customer is harmed while engaging in that company’s service.

Common businesses that rely on activity release forms include:

Businesses that offer potentially dangerous activities should provide their customers with activity release forms that clearly outline the risk and shield the business from legal liability if a customer is hurt.

This type of release form shields individuals and businesses from lawsuits resulting from property damage. Many Ohio businesses have customers sign this form of waiver before providing services, including in-home service providers such as plumbers and electricians, and retail services such as dry cleaners and computer or cell-phone repair.

Damage to property waivers protect businesses from legal action that may stem from unforeseeable damage to a customer’s property in the act of providing a service.

This category of waiver is highly customizable and can be used to protect a releasee from multiple types of civil claims. A general release of liability may be drafted by an individual or business, and the specific terms of liability protections must be specified in the waiver’s language.

It should be noted that Ohio liability waivers will only protect individuals and businesses against damages related to ordinary negligence. Release forms will not shield an entity against recklessness or gross negligence.

When you need legal protection for a potentially dangerous service or activity, don’t rely on vague or unenforceable documentation. Protect yourself and your assets with Forms.legal.

From Cincinnati to Columbus and Akron to Cleveland, Ohio residents and businesses can use Forms.legal to create their own legally valid liability waivers via the simple form above. 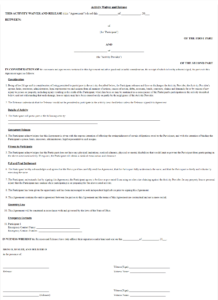 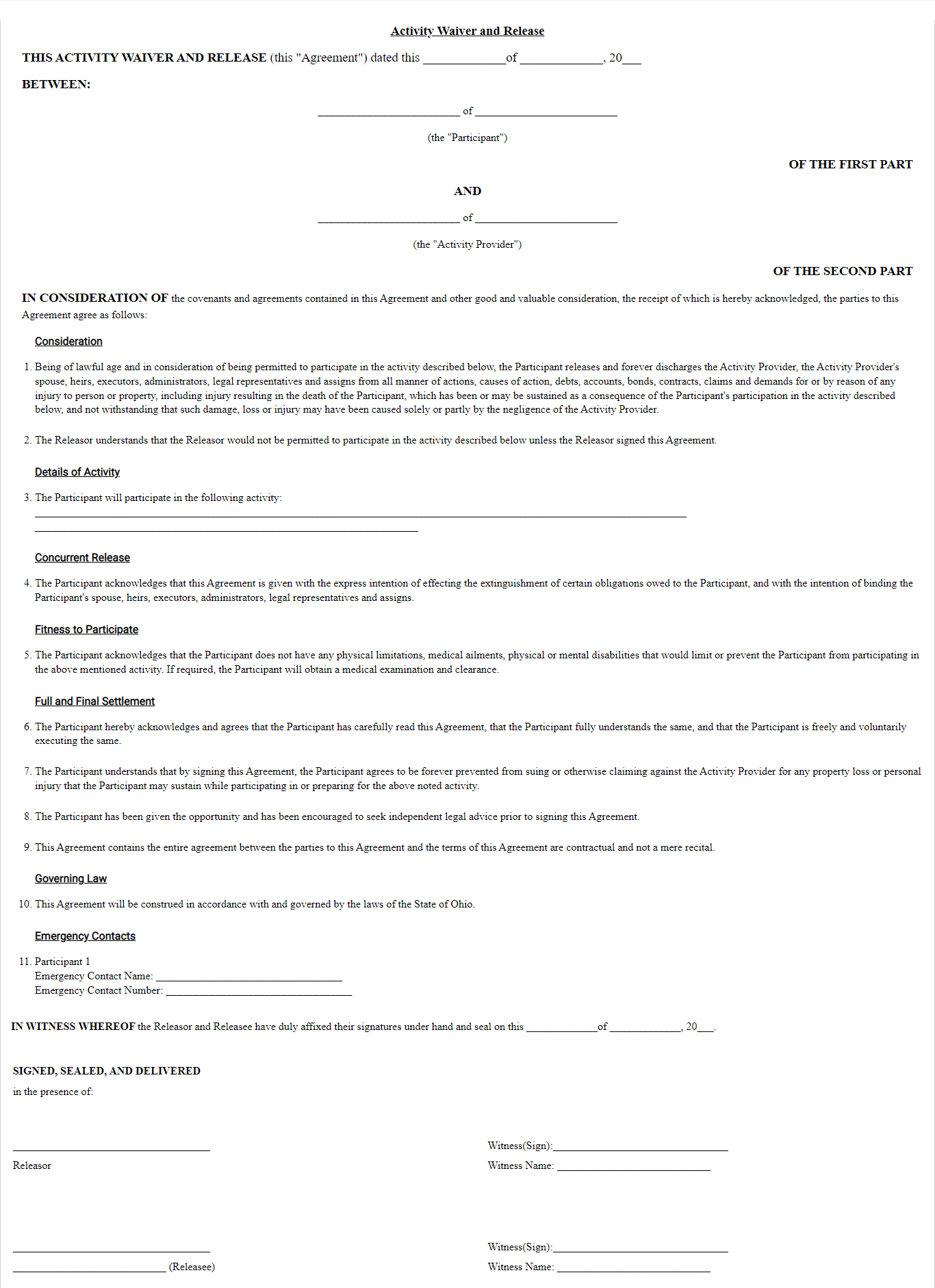