Is a Marital Separation Agreement Legal?

A Marital Separation Agreement (MSA) is a binding legal document, that outlines how you and your marital partner will divide your financial and family responsibilities while living separately. Whether or not your state recognizes “Legal Separation” as a distinct marital status, separating spouses can and do enter into a Marital Separation Agreement, that when signed by both parties is a legal contract. Couples often separate prior to or during divorce proceedings but are still “legally married” under the law, and therefore still retain marital rights and are bound by marital obligations, that do not just disappear because you’ve decided to live separately and apart.

Family Law varies from state to state. Your state may or may not recognize “Legally Separated” as a legal marital status, distinct from “Married” and “Divorce.” (Georgia, Florida, Louisiana, Delaware, Pennsylvania, Mississippi and Texas do not), but in every state a Marital Separation Agreement signed by both parties, is legal and binding under contract law.

A Legal Separation Agreement can be executed before or after separating, and before or after filing for divorce—even if you’re still living together. Once separated, a married couple can reconcile, proceed to divorce, or remain separated temporarily or permanently. In any and all cases, it is very important to create a Marital Separation Agreement. Why? As a way to avoid all of the things that can go wrong if you don’t have one in place, to protect yourself and your family.

A Marital Separation Agreement allows you to have a say on how your rights and obligations will be allocated, instead of having a court dictate it all to you. The Agreement typically outlines the allocation of marital property, assets, debts, child custody, parental responsibilities, child and spousal support (if applicable). You don’t have to file the MSA with the Court in order for it to be effective. Simply draft your Agreement document, sign, notarize and keep a safe copy.

What happens with a Legal Separation Agreement when you go to divorce Court? If both parties are agreeable, some or all of the Agreement can be considered or included in the Court’s final divorce judgement and makes yours an “uncontested” divorce. An “uncontested” divorce is when the parties agree on most or all of the terms of the Agreement and that tends to streamline the divorce process. The Court nearly always approves the Agreement, as long the judge deems the content and stipulations to be fair and reasonable, and in the best interests of any children (if applicable).

Marital Separation Agreement is available for free at Forms.Legal with a trial subscription. Sign up to create an unlimited number and kinds of custom legal forms for all of your legal needs. If you need more time beyond the one-week trial, select a pro subscription. 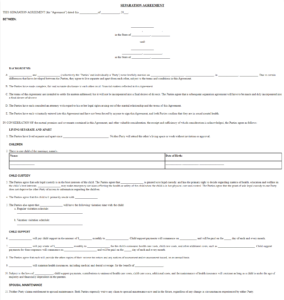 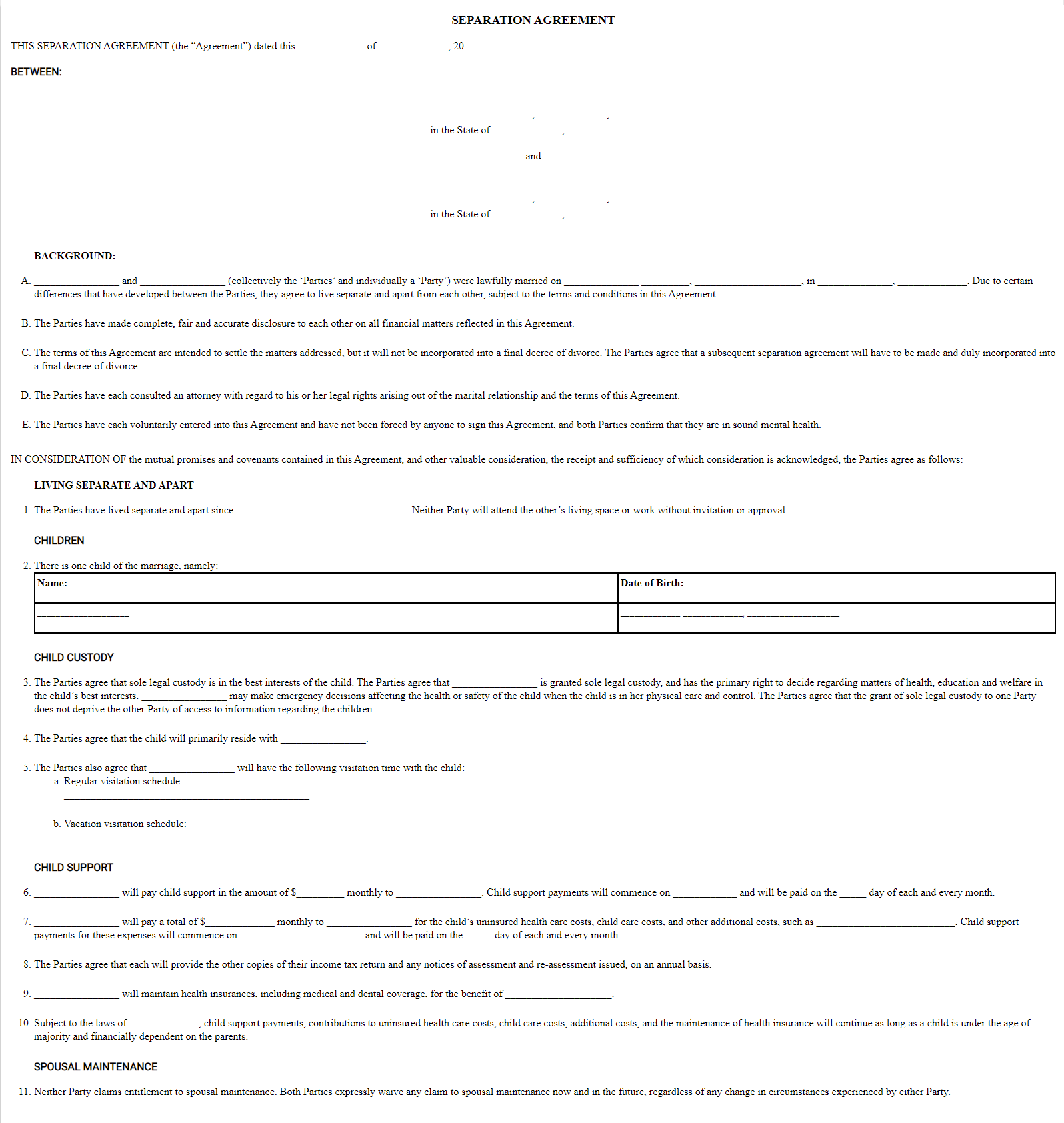