What is a Alasksa Power of Attorney and How is It Used?

What if you had to go away for several months from your business, who would make the tough decisions in ways that represent your wishes? Or, let’s say you just received a diagnosis for a terminal condition, and you have limited time, what would your dying wishes be, and who do you trust to make the big decisions as per your wishes?

These aren’t ordinary questions you like dealing with, are they?

Unfortunately, you have to deal with them, and you have to trust someone to make the tough calls when you are unable to.

The good news is that, even with your trust issues, you can rely on someone else to abide by your wishes thanks to the power of attorney (POA) document. A POA is a legal instrument that lets you appoint someone else as the executor of your affairs or as the person to ask the doctors to pull the plug in the event of your incapacitation. In the free Alaska power of attorney form, you are the principal and the appointed person is the agent or the attorney-in-fact. Once it’s signed and dated (notarized) with adult witnesses present, the document is legally binding.

If you are looking for a free power of attorney form in Alaska, one that lets you appoint your friend, parent, sibling, or child as your agent, get the durable POA. The document names the appointed person the health care agent.

The appointed agent is required by law to act and make decisions as the principal would.

Powers and the Life-Prolonging powers for the Alaska DPOA

The directives of the DPOA give the agent the power to give consent or to refuse to issue consent for medical treatments and interventions in place of the principal. The consent of the agent only covers the matters that relate to relieving pain.

However, the state laws in Alaska do not give authority to an agent for termination f of the life-prolonging procedures.

It may also include details which provide for or against the execution of the directives laid out in the principal’s living will.

The Legal Requirements for the DPOA

To be executable, the document should be set out in a manner similar, as much as possible to the statutory form as per the requirements of section §13.26.332 of the statutes.

The POA should also designate specific health care directives to the agent.

The state of Alaska doesn’t have specifics for revocation, and the POA is revocable whenever the principal wishes to revoke it.

Actions of the attending physician

But, if the attending physician or any other third party relies on the reasonable representations from the attorney-in-fact, they will not be liable in any manner, to the heirs, assigns, or the estate of the principal.

If you need to handover specific powers or you don’t want your agent to have exclusive powers over your affairs, you could use the limited POA. This document limits the power held by the agent. And, the powers granted are only executable if you are unavailable or when you are unable to act on those powers.

Would you like to get your free power of attorney form online and at no cost? Get our free forms prepared according to the state laws in Alaska. You can access the forms effortlessly whether you live in Anchorage, Fairbanks, Juneau, Badger, Knik-Fairview, College or in any other city in the state. Fill out the form above to get started. 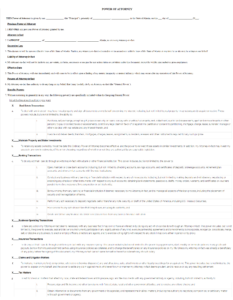 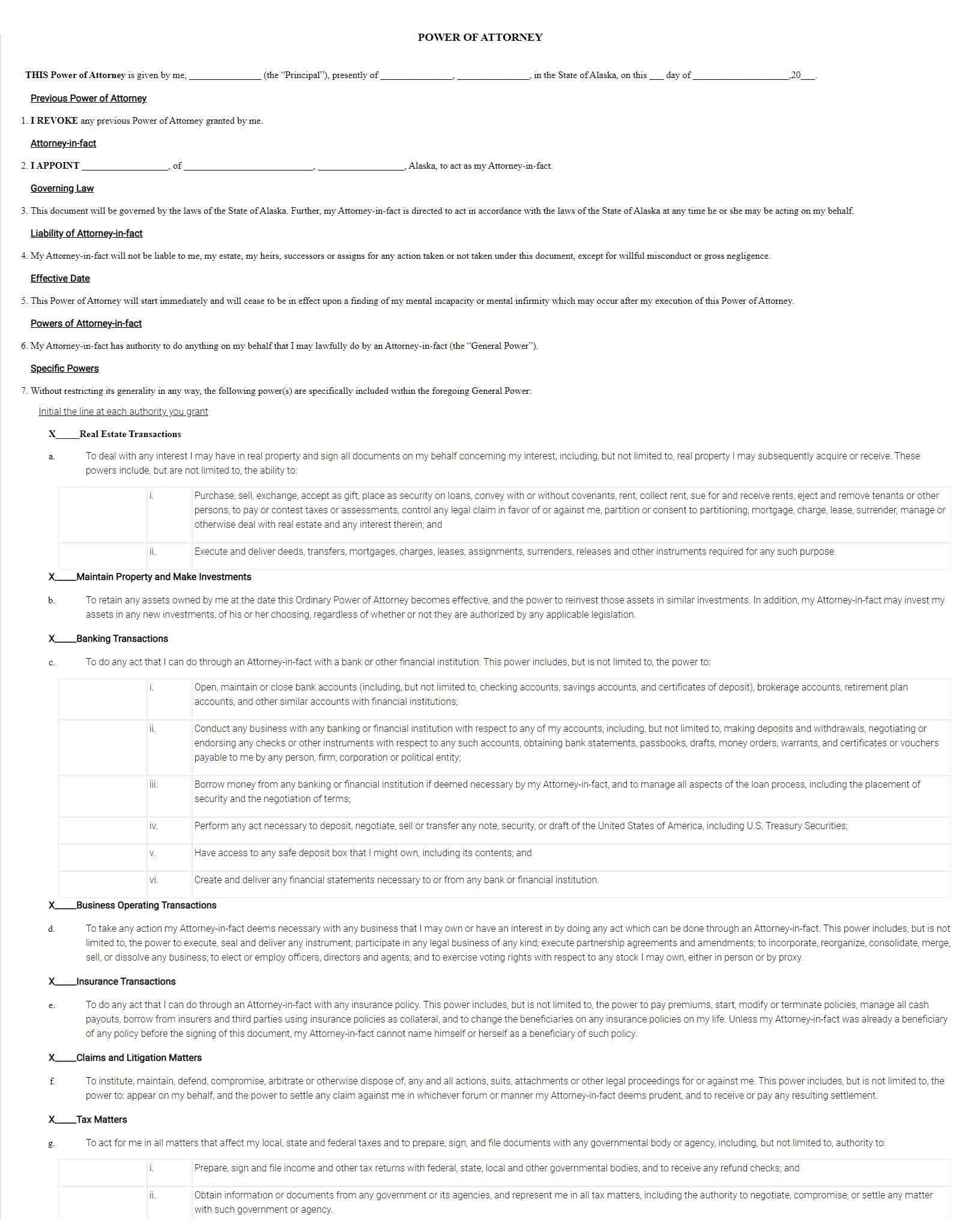