What is a Arizona Power of Attorney and How is It Used?

Are you thinking about your long-term care? Because, we believe that you should, even if you just turned 18. Your long-term care doesn’t seem like a big deal when you are young, healthy, and business could have better returns but, it’s as important (or even more important) that the big business deal you just bagged. Without a documented plan, your business will crumble as soon as you are unable to make those smart decisions. Without a plan, you may lose your fighting chance because your family doesn’t know your wishes. And, without a plan, you may not know what to do with your children if you’d fall ill and unable to care for your minor kids.

So, you need a plan. That plan is what we call the power of attorney or a POA.

A power of attorney is a legal agreement you use to authorize someone you trust to make decisions on your financials, health care, or childcare in your place in the event of your incapacitation or absence. As the person handing over power, you are the principal and person you appoint is the agent.

The POA can be limited or general meaning that you have control over the aspect of your life you give the agent control.

You will also like the fact that your long-term plan is springing. This means that even if you sign the document today after filling out a free power of attorney form in Arizona, your agent will only act on the powers when you are unable to act or decide.

Types of powers of attorney

Would you like the doctors to try every life-sustaining measure in the books to keep you alive? What would you want to happen to your body when you pass on? Say you are just unconscious, would you call feeding using tubes an extreme measure which you wish to avoid? Well, how about you communicate those wishes to your attending physicians through an agent using a healthcare POA called a durable POA (DPOA)?

A DPOA refers to the document with your preferred healthcare directives. It communicates your wishes when you are unable to with your agent as the mouthpiece.

Conditions for the DPOA

In the state of Arizona, the DPOA rules and requirements are captured under section 36-3221, et seq. of the Health Care POA.

The specific powers granted by the DPOA include the power of refusal or agreeing to consent to medical, hospital, surgical, and other healthcare decisions the principal cannot make.

For it to be enforceable, the document should be prepared and signed by an adult with the powers in writing. It should also be signed and dated.

The language used must show the principal’s clear intent of creating the healthcare POA.

The preparation of the document should take place with at least an adult present. Alternatively, it should be done in the presence of a notary public.

Provided the DPOA follows the laws in the state of Arizona, the document will be adopted and the health directives implemented.

An attending physician acting in good faith and accordance with the healthcare directives of the agent will be immune from criminal, professional, or civil suit.

As per the conditions of the Revised Arizona Statute 14-5104, a guardian or a parent to a minor or an incapacitated individual can delegate authority over the said person using a professionally executed POA for at least 6 months. The powers granted will cover care, property, and custody. The powers granted do not, however, include giving consent to adoption or marriage.

The POA document has to be signed and notarized for the non-parent to make decisions for the minor or ward. However, not everyone gives the power as authority over a child. The powers granted are general or specific (sign up a child for an activity or authorizing medication).

The powers granted are revocable at any time through the use of a written revocation notice delivered to the agent in person.

If you wish to delegate personal responsibilities or duties, revoke or make living wills, or enter into a marriage contract or to initiate a divorce, a general POA will not work – a special POA will. This document has the signature (or mark) of the principal which is dated. It may also bear the signature of another person who acts under the principal’s directions. For its execution, there should be at least 2 18 years+ witnesses present. The witness is not the trustee/ proxy of the principal.

Which city do you reside in within the state of Arizona? You would get our free power of attorney forms available online if resident of Phoenix, Tucson, Mesa, Chandler, Scottsdale, Glendale, Gilbert, Tempe or any other city of Arizona. Fill out the form above to get started. 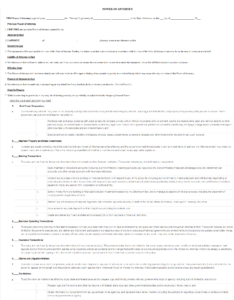 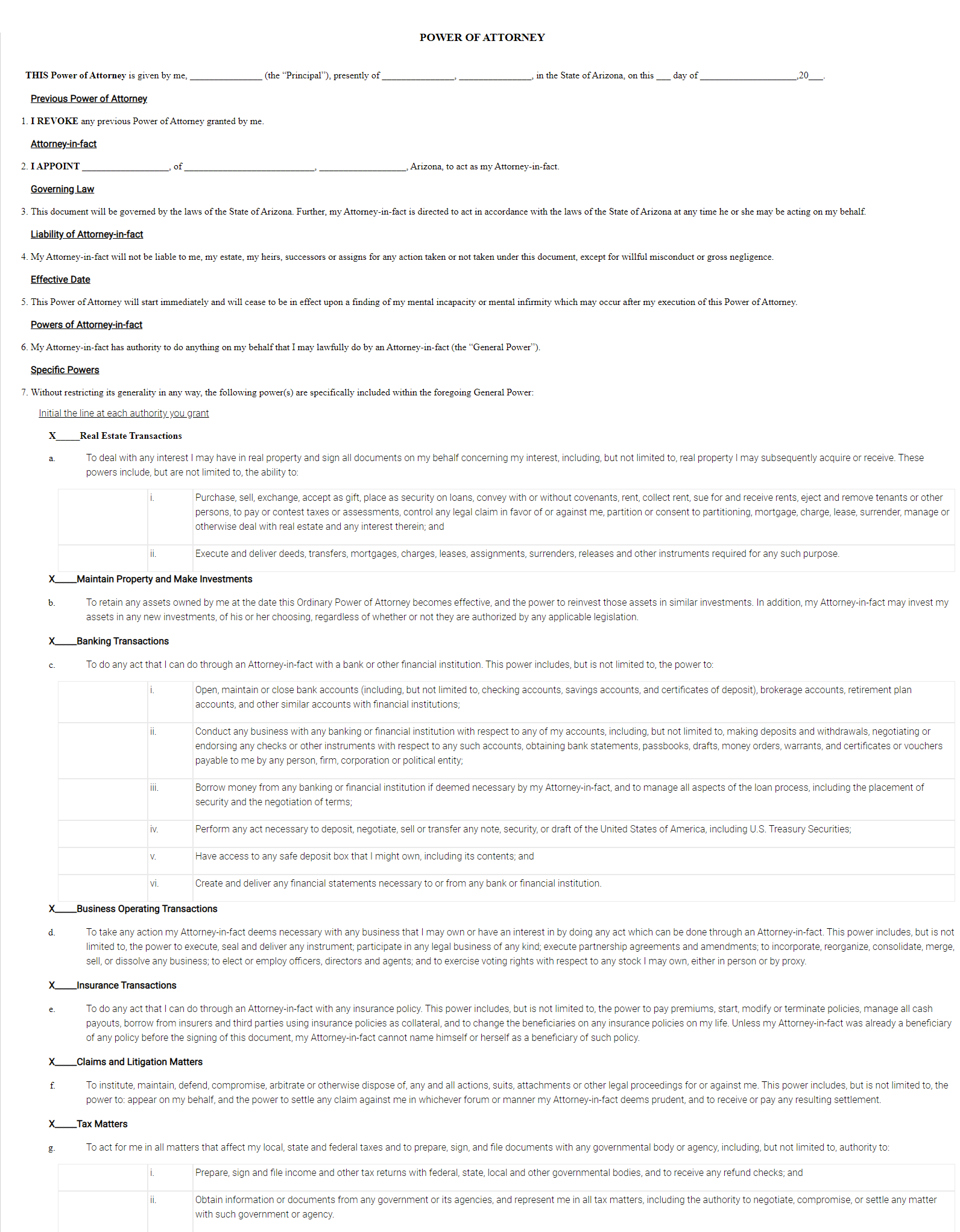