Legally, a partnership is formed the moment two or more people/ organizations agree to do business together, sharing in the profits and the losses of the business. The partnerships are governed by the state laws, with the laws varying from one state to another. In Florida, the creation of a partnership agreement is not mandatory, but it’s recommended. To ensure that the parties getting into partnerships do so the right way, the state laws under Title XXXVI 620.1110 give the general layout to guide the general operations, as well as the governance of the partnerships.

The state also recommends the creation of this document, especially among the individuals wishing to prevent and avoid confusion between partners, where partner relations are concerned, and also between the partnership and the partners.

The legal partnership template offered also covers all the important sections which carry the clauses governing the operations of the partnership.

Importance of a Partnership Contract in Florida

This contract overrides the default state rules in ways that suit and benefit the needs of the partnership. For example, in situations where the default state laws note that all partners are entitled to equal profit shares, proportionate to their capital investments, the partnership contract would override this by allocating a partner with valuable expertise a greater chunk of the profits.

In essence, the partnership agreement lays out the guidelines to be enforced by the partners to ensure the continuity and the success of the partnership. All matters affecting the partnership from profit/ loss sharing and voting rights to termination and buyout procedures are covered and governed by the clauses in the agreement.

Essentials of a Partnership Agreement

Often, a partnership is dissolved after goals are achieved, projects completed, bankruptcy, and in other cases, a partner’s death. 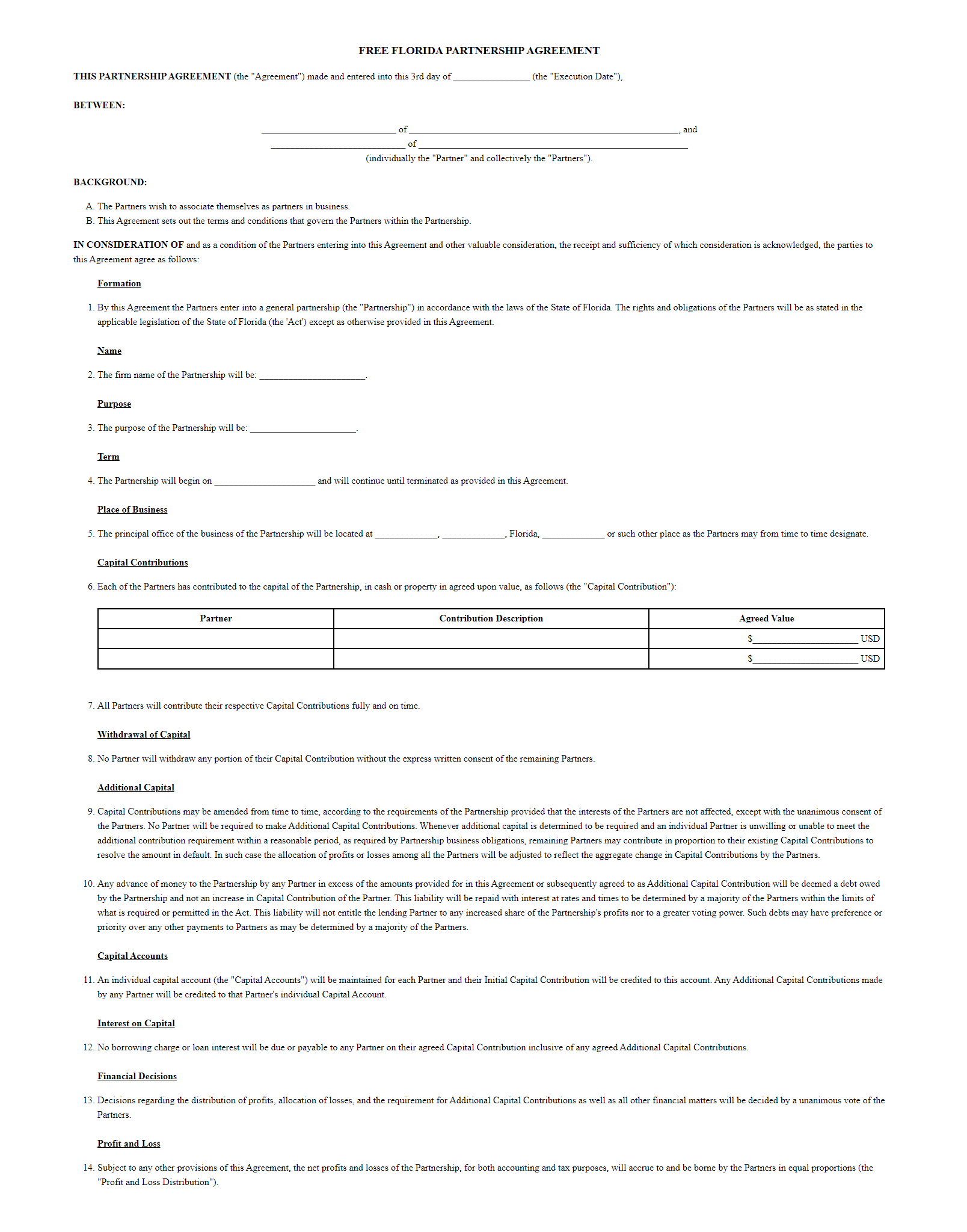