What is a New Jersey Power of Attorney and How is It Used?

Who do you trust to carry out your explicit authority should you be out of the country or sick? Do you have their name written down somewhere in a legal document?

The future is uncertain, and anything can happen to you. And, whether you end up hooked to machines to keep your breathing or if your mental faculties are affected, you want to have someone trustworthy in your corner, right?

We recommend that you get a power of attorney (POA). Getting a will is hard enough and getting the POA isn’t any easier. A POA grants someone else authority over your affairs while you are alive. With mistrust as a major issue here, you need to ensure that you can trust the decisions of your sibling, adult child, or spouse should you leave the country for some time, or if you are incapacitated.

But, you don’t have to worry because the document protects your interests. It’s legally binding, and you (the principal), as well as the other person you grant power (agent/ attorney-in-fact), have to sign the document with witnesses present.

When filling out your free New Jersey power of attorney form, you will come across ordinary and durable POAs.

These two differ in terms of their executable times. An ordinary POA is only valid when you are in good health and able to act, losing its validity when in the event of your incapacitation or the principal’s death.

The durable power of attorney, on the other hand, only becomes valid and executable once you’re incapacitated. The authority granted ends upon its revocation or the death of the principal.

Springing and non-springing powers of attorney

The durable POA refers to the document that gives an appointed individual the authority to make the tough healthcare decisions, along with the end of life decisions in place of a principal. In the state of New Jersey, this is prepared in conjunction with the living will.

The obligation, rules, and requirements of the DPOA are in accordance with the New Jersey 26:2H-53, et seq. code section with the health care advanced directives.

The agent has the following obligations under the state laws as you will note from the free power of attorney form in New Jersey.

The power to refuse or accept services, treatment, or medical procedures for treatment, diagnosis, or care of the patient. The directives include those applicable to life-supporting treatment and procedures.

The agent can also accept or reject the services of a particular physician or hospital, on top of transfer of medical care. They can also consent to or fail to consent to the use of artificial means to restore, sustain, or supplant vital bodily functions.

What are the legally acceptable requirements for the DPOA?

It should be prepared by a competent adult, signed and dated with a minimum of 2 adult witnesses present to attest that the principal acts with a sound mind and without any influence or duress. It could also be done with a person allowed to give oaths present. An audio recorded tape could also be used.

The document should show that the healthcare directives are implemented when the principal loses their ability to make the tough decisions.

Unwilling physician: has to act fast to facilitate the timely, respectful, and respectable transfer of the patient from their care, while ensuring that the patient isn’t neglected.

When acting in good faith, an attending physician will not be found to be liable professionally, civilly, or criminally.

If a principal wishes to give an agent limited powers over a specific item, a limited POA comes in handy. It lays out the powers to be handed over, which are to be acted on only if the principal is unavailable or unable to act.

Unless a revocation notice is sent to the agent and affected third parties, the limited POA stays in place.

This is a special POA allowing a principal to give an agent specific powers. The agent gets the authority to act on specific matters if the agent is unavailable or unable to act. For revocation, the principal has to issue a written revocation notice to the agent and third parties acting under the directives of the agent.

Which type of POA do you need? Whether you live in Newark, Jersey City, Paterson, Elizabeth, Edison, Toms River, Clifton, Trenton, Brick Township or any other city of New Jersey, we have different types of free power of attorney forms available online and at no extra cost. Fill out the form above to get started. 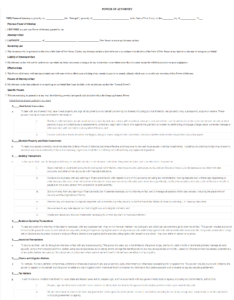 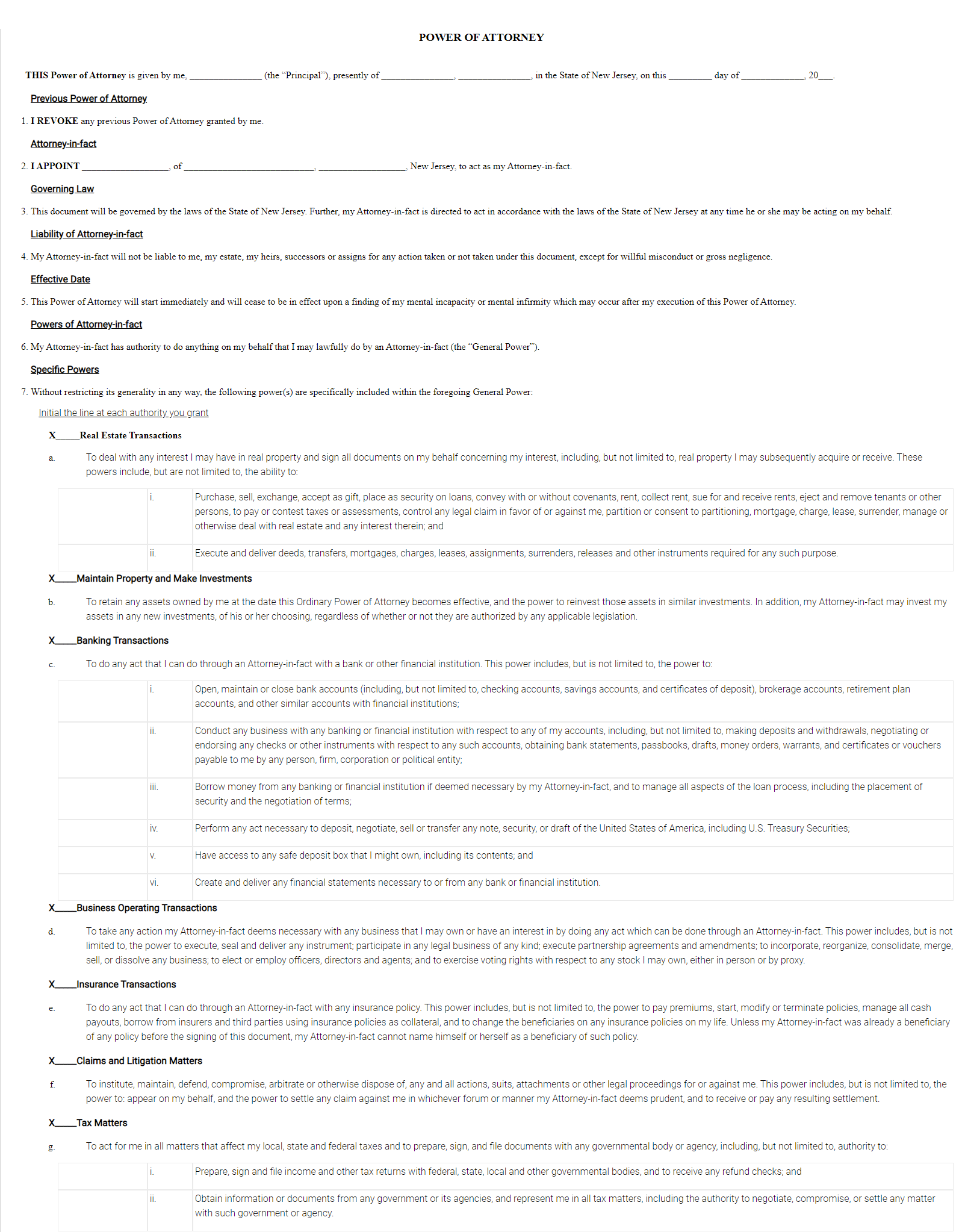