Reasons for having a written Partnership Agreement in Vermont

There’s a reason why the constitution is in writing – it gives an explicit reference point in terms of discord, it clarifies matters, and it offers direction, based on a previous agreement created/ passed by the people currently arguing against what’s in writing or others. In the business world, the constitution that guides the way the operations of the business are run comes in the form of an agreement or a contract that’s created by the creators/ founders of the business. So, if you are planning to set up a partnership business in Vermont while ensuring that none of the other co-founders come back later to refute what’s agreed on during the formation stages, you need to make sure that you have a partnership agreement.

At the end of the day, the partnership contract outlines the terms and conditions for the relationship created between the parties to the partnership, and it does all that through specific clauses. These clauses cover the important aspect of the business, including:

If you wish to create your own partnership agreement in Vermont today, you will be happy to know that you can start the process with ease and at no extra cost thanks to our easily downloadable free Vermont partnership agreement form. This form is editable, and it comes with all the important sections needed to make an enforceable partnership contract that would protect all your interests.

Main Reasons for the Partnership Agreement in writing

As mentioned above, this written agreement, like the constitution, allows you (and the other partners) to deal with any and all situations that may arise. In its written form, the contract irons out disagreements, confusion, as well as change.

Some of the top reasons why we recommend the use of the partnership agreement include: 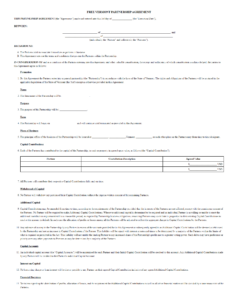 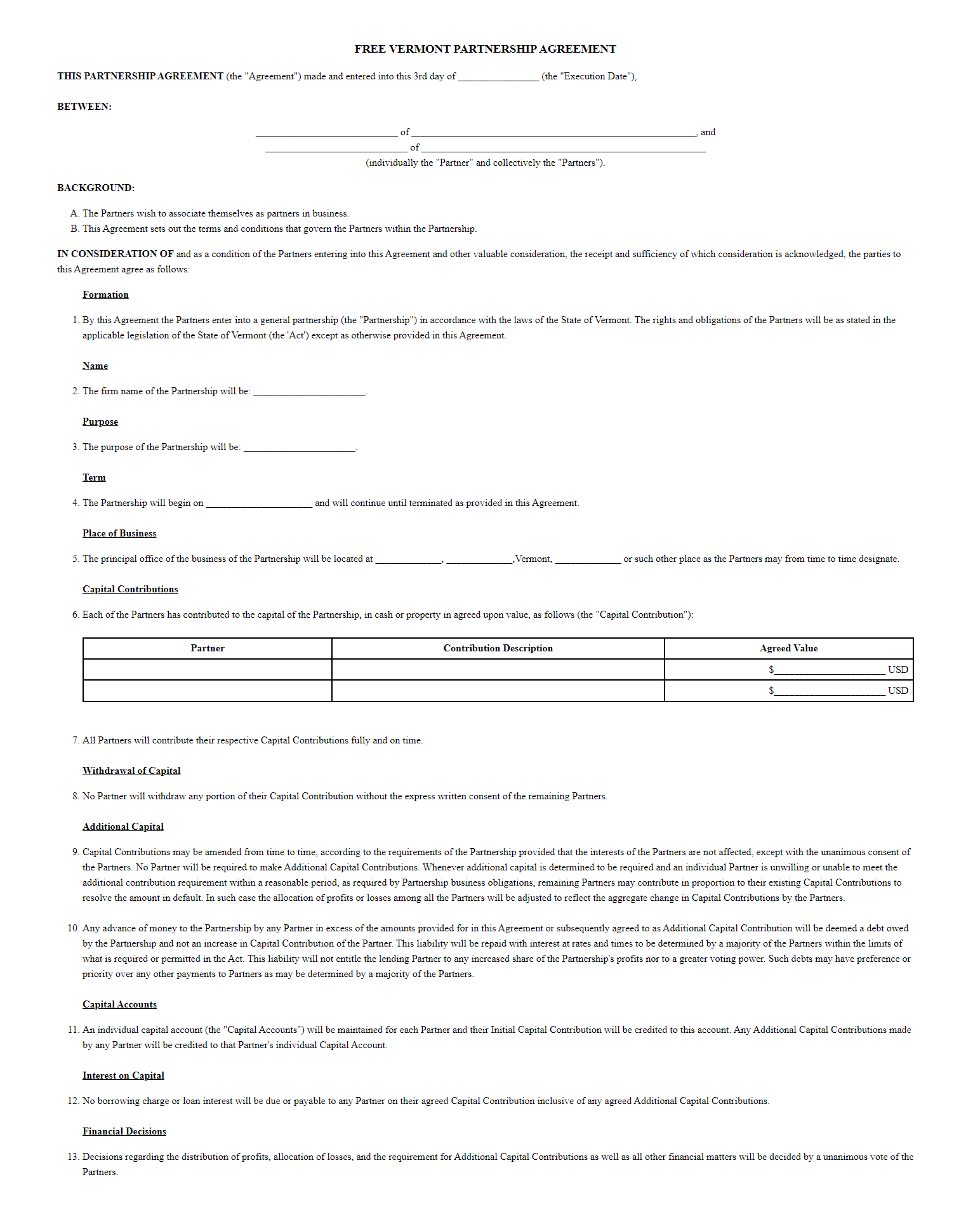