Essentials of The Partnership Agreement in Connecticut

Written contractual engagements, unlike handshake and verbal agreements, are legally binding and enforceable. As long as it’s written, then the parties to the contract cannot go back on their words (thoughts or beliefs).

Partnerships are on top of the list of the arrangements that require the preparation of legally binding agreements. Even though the state of Connecticut doesn’t make it obligatory for business partnerships to have partnership agreements, we recommend preparing this document before you get started – it’s just as important as the type of partnership you agree on.

In spite of this being a legal instrument, you will be happy to note that you don’t need a lawyer to prepare it or the notary public to notarize it. The cherry on the cake – we have a free Connecticut partnership agreement form here for you to download, edit, and print. This free partnership agreement template contains all the necessary clauses your partnership needs to run smoothly from day one.

In this clause, some of the items addressed include:

Generally, it is assumed that all the partners in a partnership (general) have equal rights/ authority over the daily affairs of the business. However, this is hardly the case, especially for LLPs, where there is a managing partner in charge of the day-to-day operations of the partnership.

On top of these, the responsibilities of the managing partner and the tax representative are also outlined.

Disputes between partners could easily break the partnership, which is why a clause on dispute resolution is essential. Besides setting out general guidelines on dispute resolution, the real spanner in the works would be the inclusion of a mediation clause to necessitate the involvement of a third-party mediator or arbitrator to help resolve the matter. Note that the incorporation of a mediation clause significantly diminishes and even eliminates the probability of the partnership going to court to settle issues.

Withdrawal or Death of Partners

The partnership contract also needs to include a provision of the steps to be taken in the event of the withdrawal of partnership or the death of a partner. One of the important things to be covered here is how the deceased’s share of the partnership estate will be divided and how the heirs will come in.

Also, this clause stipulates whether the deceased heir can have a stake in the partnership, how much and if their stake can be purchased by the existing partner(s).

The conditions for the dissolution of the partnership should be addressed here. They include:

The other clauses you could include clauses on partner involvement and competition, and buyouts. 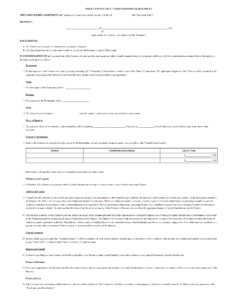 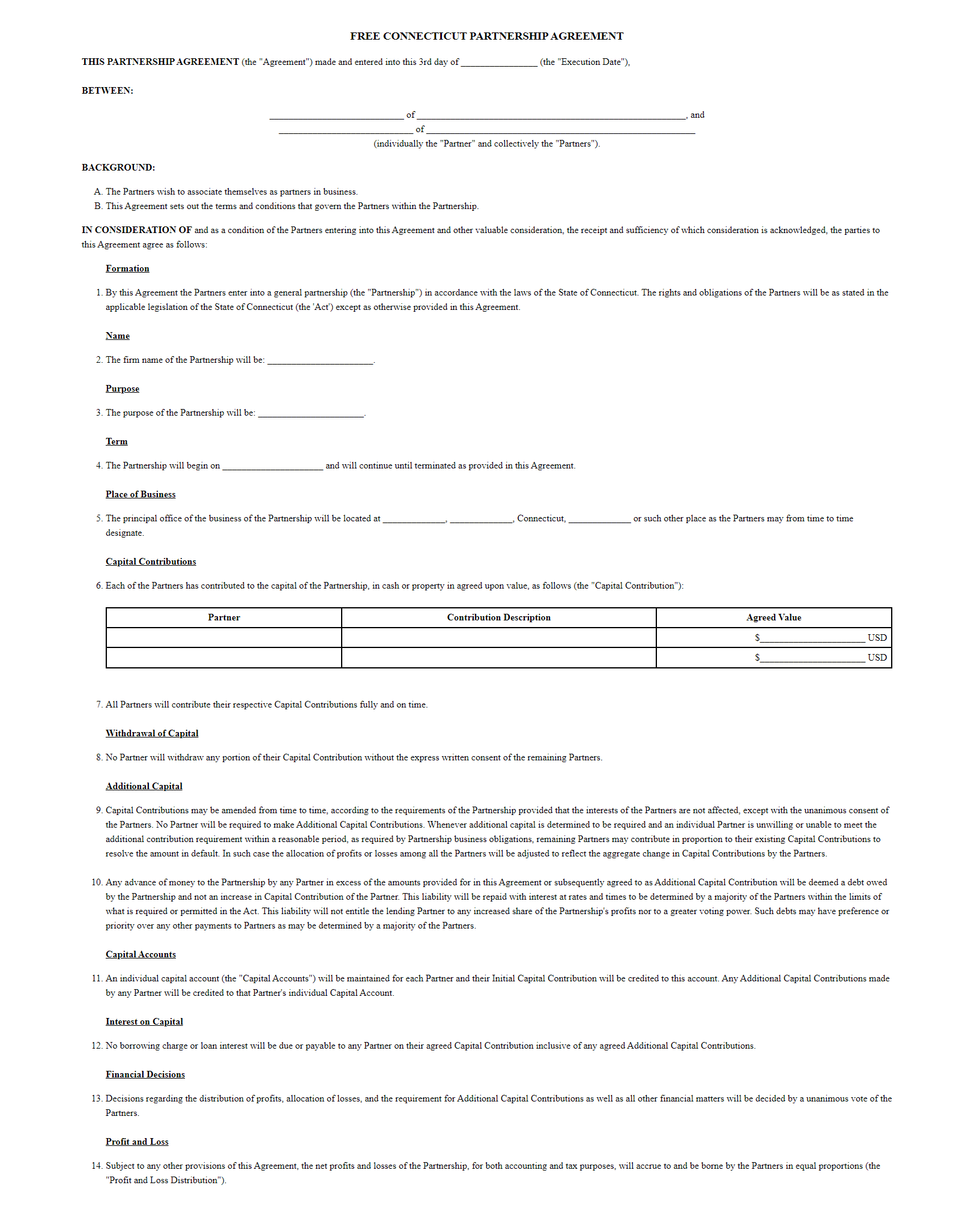